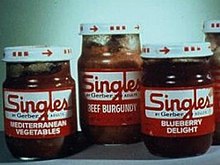 When you have two toddlers that are born within 15 months as I did, you spend a lot of time in the supermarket’s baby food aisle. Whether it’s Gerber, Beechnut, or an organic food line, you end up spending on jars of baby food. To this day, my wife and I still joke about our son’s love of Latino-inspired flavors that we could only find at one particular Stop n Shop.

What I remember about baby food is the mushy consistency and the smell that wasn’t too appetizing for adults. Would any adult ever eat baby food? I’ve never tried, but maybe someone who doesn’t have teeth might consider it. Baby food for adults? I don’t think so. Yet in 1974, baby food for adults was actually a thing.

In 1974, Gerber released Gerber Singles, which was essentially baby like food for adults. Seriously, they did. Gerber Singles was food in glass jars targeted to college students and adults living on their own for the first time. The food was adult style, but it still had the consistency of baby food. While there were many products that were developed in the 70’s like Hamburger Helper that dealt with the reality of two working parents and college kids going out in the workforce, the problem of the product was that it was essentially baby food and put out by Gerber. It looked like baby food jars and while it was called Singles by Gerber, it still had Gerber’s name on the bottle. Within months, the product was dead.

There is nothing wrong with product extensions, but Gerber Singles reminds me of one other product that this column followed: Colgate frozen dinner meals. Some extensions are just doomed to fail. 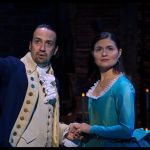 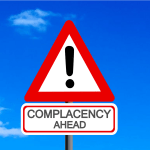 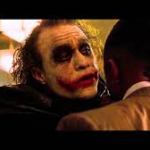 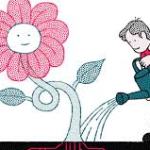