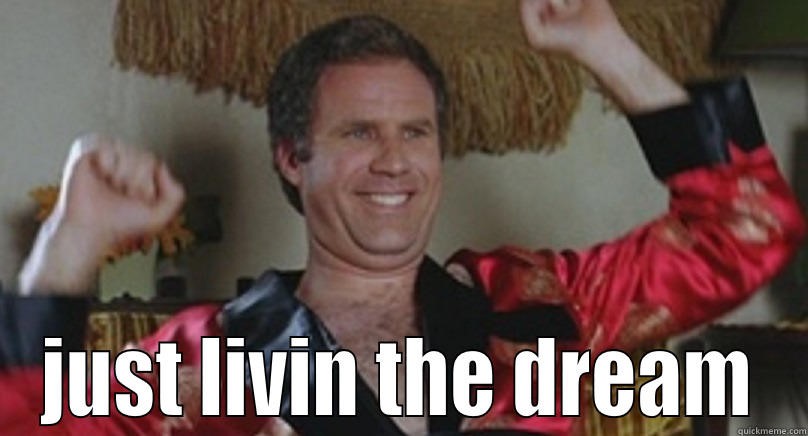 According to Pew Research, Millennials are categorized as individuals born after 1980. For simplicity sake, lets consider Millennials to be anyone who has graduated high school but still has not yet been able to live a financially independent life. These are the people that will remember when traffic jams were caused by an illusive Pokemon crossing the street in front of their cubicle-filled office buildings, who use apps on their phone to meet potential soul mates, and who also do the majority of their shopping online, preferably sober, and before 2 am. These individuals are currently living with their parents in greater numbers than any generation before them, and are also still very unlikely to be married when they reach the same age that their parents were when they got married.

When thinking of Millennials, the mental image that permeates our culture, and has shaped how future employers see fresh college graduates is of an unambitious, lazy, entitled, and self-consumed basement dweller. Someone who only emerges from their lair to go to work, for family dinners or for the instances when their most recent Tinder match actually decides that they want a face to face meeting. Speaking from personal experience, these dates normally end in a fiery tailspin of disappointment. Both individuals agree on a meeting spot and time, only to grow agonizingly fatigued at the insurmountable task of forcing small talk for an evening and both eventually depart feeling defeated. The only thing worse than that is coming to the realization during the Uber ride home, that your mother has been waiting up, going hard into her 4th glass of wine, and ready to launch into a rehearsed series of questions, inquiring as to how the “meet-up” went, and when she can expect you to move out.

So what is causing an entire generation to put off preparing for any remote resemblance of a future greater than the circumstance they find themselves in now? What outside forces are spurring millennials on to a life bigger than looking forward to their next shoe-string budgeted “adventure”, or selfie-laden weekend with friends? As both a millennial and someone who is working to build my career, I often come back to the same question: is this a reality that the media and society have nailed in their interpretation or a vast generalization that is easy fodder for satire and comedic relief? As I asked myself this question I began to research and found the results were surprising. Millennials are not like the generations before them, following the same socio-economic cookie cutter life plan of their predecessors, but also not overly driven to “grow up and move to the suburbs” any time soon.

What effect did experiencing the worst recession of modern time have on Millennials during their formative years? How did seeing their own parent’s and family members struggling during the Great Recession alter the trajectory of their personal career path all while molding their desire towards independence and success? According to the research, quite a lot.

Recently, BankRate.com released the results of a study, stating that Millennials were saving a greater percentage of their income than any generation before them. According to a similar study by BankRate, 63% of Millennials had never owned a credit card. Compare that to only 35% of adults, over the age of 30, that do not have a credit card and you can see a trend starting. What we are experiencing is a generation growing up, being more cautious with their own finances while being more fiscally self-reliant. An argument can be made addressing the fact that self-reliance can be brought into question when someone is still sleeping in the same bedroom they grew up in, or that it isn’t too hard to save money when your mom is buying all of your favorite snacks, but I think a growing trend still is apparent. From the study you can see that Millennials are buckling down, saving money and taking advantage of the fact that their parents want to help them towards financial independence.

So the question posed is: What can be done to make sure that Millennials are saving enough for retirement? How can you know that while you are caught in purgatory between childhood and adulthood that you are not allowing your short term desires for betterment sabotage your long term goals of retiring and backpacking through Eastern Europe armed with only your Patagonia bags and selfie sticks?

According to a recent survey from Wells Fargo, out of 1,000 U.S. adults polled between the ages of 22 and 35, 64% claimed that they did not think that they would be able to have enough funds saved to retire comfortably. According to this same study, 74% of respondents also did not believe that Social Security would be available for them at retirement

“Millennials may not realize that if they start saving consistently by their mid twenties and stay invested for the duration of their working years, they will likely accumulate $1 million by the time they retire.”

What this means is that for an incredibly large chunk of our population, small steps towards savings can pay large dividends to their long term financial well being. By putting small practices in place you can accomplish setting yourself up for long term financial success all while building that stash o’ cash under the mattress that represents any and all chance you have of ever escaping from the oppression of your mother’s ever watchful eye.

By simply redirecting part of each paycheck into an account earmarked specifically for retirement, and staying consistent, you can know that while gaining financial independence in the near term may seem important, it does not have to come at the expense of sacrificing your future stability. Investing for the long term is important and taking a systematic approach to your saving habits is what will ultimately lead to both near term financial independence and long term financial freedom.

In next week’s article we will discuss the actions that can be taken to increase your personal net worth while putting habits into place that will help transition towards a financially healthy lifestyle for the long term.

“Why Millennials Aren’t Having Sex, According to a Relationship Expert”