The Burdens of Time and Its Impact On Your Retirement Plan

The Burdens of Time and Its Impact On Your Retirement Plan 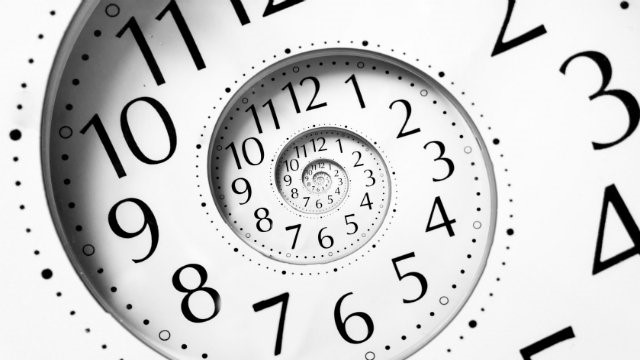 Everyone has an inherent fear of something, something that makes them shudder every time they think of it. For me, it’s the dentist. Ever since I was a child, I have always feared the dentist. Of course, I go regularly and put on a brave face for my kids, but they’re old enough to know the truth and will tease me about it whenever they get a chance. What’s worse is that I hate my dentist’s office. I’m not kidding. Almost every single person that works there are some of the rudest people I’ve ever met. I imagine at this point (or at least hoping) you’re wondering why I stay?

Well, before I answer that, here’s a story from the flip side of the coin. I heard this from a plan sponsor a couple years ago and it has stayed with me ever since. It’s a story about a water delivery company. Once a month, this plan sponsor would get his water delivery (big 5 gallon bottles). Every time the delivery man showed up he hit their front door, leaving mark, after mark, after mark. He contacted the company every time it happened and complained. The company told him they would send someone to take a look at it but they never showed up. Finally one day, the door lost its battle with the delivery man and broke entirely. Needless to say, the Plan Sponsor had enough. He fired the water company that very day, and made arrangements to have his door repaired. He wasn’t even interested in trying to get the water company to pay for it. He was just done! Of course, the very next day a representative from his now fired water delivery company showed up at his broken door and asked what he could to do help resolve the situation. The Plan Sponsor told him absolutely nothing. He explained that they had over 2 years to make things right with him and they never did a thing. Why would he possibly work with them now?

To me, this was absolutely brilliant! At the time I was prospecting him and trying to find out whether he was ready to make a change. He preceded to tell me this story as his answer — I didn’t have to ask anymore.

So why do we stay? Why do we continue to work with people who treat us like this? People who give us no personal attention. Companies that are supposed to care about us and only show up when something goes terribly wrong. I’m certainly guilty. I should totally find another dentist office but I don’t. Why? Lazy I guess. Its local and convenient. They take my insurance. I don’t feel like putting in the effort to find another one. Lots of reasons, maybe not good ones but I still have them.

Everyone has reasons for what they do. Plan Sponsors do too. Being a Plan Sponsor certainly isn’t their only responsibility. There’s always plenty more to handle. Whether you’re in HR, a CFO, a CEO, the business owner, it doesn’t matter. Everyone is equally inundated with responsibilities and deadlines and duties, etc. It goes on and on. And unfortunately, time is our biggest enemy right? We’ve all said “I don’t have the time,” “I have a project due,” “I’ll try to get to it,” and everyone’s famous last words. “I just can’t deal with this right now!”

I get it. We all get it. But here’s the thing, we all deserve better! So does your retirement plan. It’s important to take the time to think about who you’re working with, what kind of service you’re being provided, and what’s really happening in your plan. It certainly isn’t free. You’re paying (and most likely a lot more than you think) to have that plan in the first place. It deserves some attention.

Think of that water delivery company that did nothing. They just kept banging that door until it broke. No offense to anyone, but there’s a heck of alot more at stake in your retirement plan than the price of a broken door. We all need to keep an open mind like that Plan Sponsor did.

If you haven’t been satisfied with your providers for a long time, if you know you’re having the same issues year after year after year, if no one has looked at your plan design in a while, if you’re missing tax filings, or if you just haven’t explored your options in a while, it’s probably “high time” you should.

Change means progress. Change means moving forward. Change is not as hard as you might think, you just need a little “time.”