It’s 10pm, do you know where your beneficiary election form is?

It’s 10pm, do you know where your beneficiary election form is? 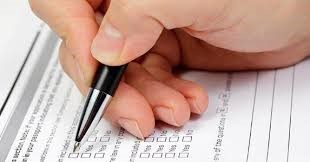 This seems like a question with an obvious answer, but real life turns up some interesting and costly mistakes regarding one’s beneficiary election. The following scenarios are based on real life situations. For most married participants, their spouse is their beneficiary. However, what if there is no spouse?

Our first example comes from a case we very recently assumed the responsibility to provide TPA services. During the takeover process, a young single male, age 38, suddenly passes away. The plan sponsor believes he has the executed beneficiary election form in his files. It turns out, not only is that decedent‘s form not with the Trustee, but none of the participants forms are on file with the Trustee. As the plan administrator, the plan sponsor must keep accurate records pertaining to beneficiary elections.

This single male had no children or siblings. His mother was quick to inquire, however it was not clearly stated in the plan document that she would receive the funds as the closest survivor. Under advice of counsel, we informed the Plan Trustee to make the death benefit distribution to the estate of the decedent. Sadly, this distribution became subject to probate, with the inherently high cost associated with that process. This cost could have been avoided with a current beneficiary election in the file of the plan Trustee(s).

Here’s another example – A plan is originally maintained by one platform provider. The provider has electronic beneficiary election forms on their files, but the participant does not keep a paper or PDF copy in their own records. The plan sponsor moves to a different platform. Have the employees executed new forms that apply to the new platform? This makes the case for the TPA (Third Party Administrator) to prepare the universal forms that apply, regardless of platform provided forms. All parties should have copies of the current form, the participant, the named beneficiary(ies), the Plan Trustee(s), etc.

Her’s another situation dealing with a divorce and payment of a QDRO. The assets are split in accordance with the QDRO, but the plan participant forgets to change his/her beneficiary election from the now former spouse to someone else. If that participant does not remarry, the funds will be paid to the former spouse, which is probably not the intention of the participant. I cannot tell you how many times when I spoke at CPA seminars and discussed the importance of the beneficiary, especially updating one’s election after a divorce, that a rush out the door took place. These were CPA’s that had not updated their beneficiary election upon the divorce becoming final. Can you imagine the glee that the former spouse would have had, had the CPA’s not updated their elections to reflect the divorce?