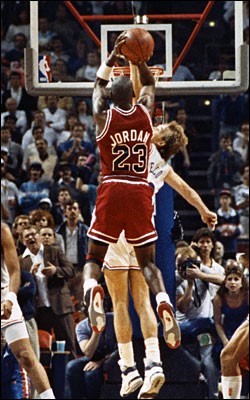 My wife graduated with an English major. Mine was in Finance. She wanted to find a partner who was big into music. I was determined to find myself a mate who was a real sports fanatic. She wanted buff. I wanted blond, and she was… well… blond! So at least I got that part right. Then I learned it came from a salon and cost money. (25 years later and I still can’t get her to let her natural brown come through and invest the savings.)
So, a few years into our marriage and I found myself writing stories, and she was managing the checkbook. But I never did convince her of the excitement in sports. Drawing from her love of movies, I tried to explain that sports is the ultimate in drama, action, and suspense. But that thought never gained acceptance. Instead, she just laments how I speak in tongues and talk with a warped sense of time.

“Honey, there’s only 2 minutes left in the game!”
“Is that a real 2 minutes? Or are you speaking in code?”

I think her failure to appreciate the “drama” in sports is partly because she is one of those people who peak at the last chapter of a book to see who did it, and how it ends. A terrible offense in my mind, but just another area where opposites attract.

I still remember watching live on TV “The Shot” by Michael Jordan over the Cleveland Cavs in game 5 of their 1989 playoff series. That was drama and excitement!

Lately for me the ultimate drama has been playing out in the DOL world. Who would’ve thunk that Trump would be elected (I guess about 50% of us) and this whole DOL Fiduciary Rule would be causing everyone to question what’s gonna happen?

The three most common suggestions are that the rule will be completely eliminated, go forward as is, or be delayed and modified in some way.

Consensus among the experts seems to be the last one. That the rule will be delayed in some fashion, revisited, and perhaps re-tooled to some extent. I guess that just means more work for me and all my “DOL teammates” here at United Planners. Not to mention everyone else within the industry.

If you’re a fan of suspense, action, and drama, I think we have a lot more that will play out soon after the inauguration. For my committee here at United Planners, we are paying close attention and will guide our advisors accordingly. No peaking at the last chapter for this one. We need to sit tight and see what happens.

Which brings me back to sports. Now when I record live games to watch later, my wife tries to goad me into just forwarding to the end so we can see who wins! Noooo!