YOU’RE NEVER TOO OLD TO BE A THIEF!

YOU’RE NEVER TOO OLD TO BE A THIEF! 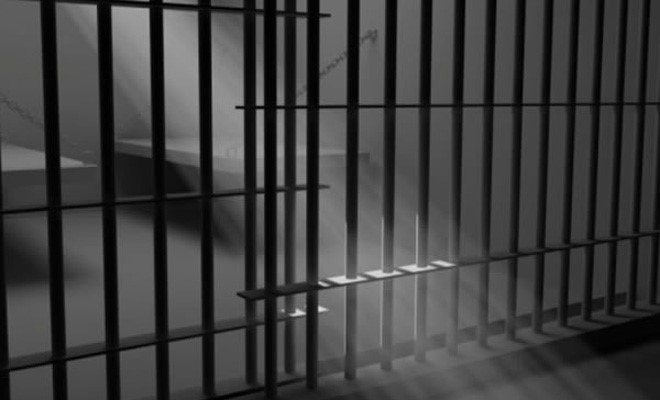 On February 26, 2019, a seemingly frail 70-year old elderly man was wheeled into a Federal Courthouse in Florida and was sentenced to 42 months in prison, 3 years of supervised release and ordered to pay over $1.6 million in restitution.

The man’s name is William H. Minor (“Minor”), an investment advisor and insurance agent from West Palm Beach, Florida.  Minor plead guilty for one count of mail fraud (Case No. 18-80152-Cr-Middlebrooks) in September of 2018.  He also admitted to stealing approx. $2 million from The Rehabilitation Center for Children and Adults (“Center”) Pension Plan between the years of 1991 to 2016.

Minor was a volunteer member of the Center’s Board of Governors.  He began overseeing the Center’s pension plan (“plan”) in 1976.  In an interview with the FBI in March 2017, Minor stated that he began taking money from the plan as early as 1988 after he wife became ill.  At the time, he states he was using the money to pay medical bills, but years later used the stolen funds for rent, cars and other expenses.

When I first heard of this case, I was pretty stunned.  I couldn’t help but think, how could this happen?  The first issue that comes to my mind is the glaring conflict of interest.  Minor had been a member of the Center’s Board of Governors and was managing their retirement plan at the same time.  While I understand that this practice is allowed, prudence should take precedence.  Plus, I also know for a fact that several broker/dealers and RIA firms do not allow this practice, and clearly, it’s for this very reason.  If you really think about it, it wasn’t difficult for Minor to perpetuate this fraud.  A few lies, some forged checks and fake statements was all it took.  A little digging on Efast (where anyone can go and look at Form 5500 filings) also revealed that it was Minor himself who was preparing and signing the Form 5500s.  Since Minor was involved with the plan from its inception in 1976, it’s easy to see how the Center could be misled and unaware of what was happening.  The Center trusted Minor and had no reason to think that he didn’t have their best interest at heart.  The theft went on for years, until April of 2016 when the Center finally discovered they only had $1,200 left in the plan.

Still beguiled by this situation, I spoke with my colleague, Dawn Feniello Bressingham, Owner/President of our firm, Priority Pension Services, Inc. (AFI) (“PPSAFI”), who has over 20+ years of industry experience to ask her opinion as to how this could happen and here’s what she had to say.

“Pension plans are an easy target to embezzle money from, if the plan assets are pooled or placed in a trustee directed managed account, and not participant directed, it is the trustee that has the total control of the assets.”  Dawn stated.  Dawn further went on to say, “a managed account allows the trustee(s) to request withdrawals and direct distributions out of the plan without any verification, without any tax reporting and without any proof of distribution procedures, which are outlined in a retirement plan document.”  In other words, the plan document dictates and outlines the procedures of how funds in a retirement plan are to be withdrawn and distributed.  Many times, managed/brokerage accounts are set up as non-retirement accounts, even though it’s a retirement plan and the name listed on the account says it’s a retirement plan.  The financial institution does not require a Trustee to supply them with a copy of the plan document before they issue a withdrawal and/or distribution.  They have no idea what the terms of the plan document state.  A managed account is a holding account with no tax reporting.  On these accounts, it is the duty of the Trustee to have prepared all tax reporting (Form 1099-R’s) on distributable events.  If the Trustee doesn’t arrange for this, then no one knows about the distribution.  Dawn also mentioned that this is a very common practice and has seen numerous accounts set up like this.  “When you’re dealing with an insurance and annuity company product that is state regulated as opposed to federally regulated, it’s even worse.”  Dawn said.  Again, there are less restrictions on these types of accounts.  Even many financial institutions that are federally regulated have little to no policies or restrictions to monitor or report the activity in these accounts as well.  Dawn further stated that, “there is a tremendous lack of oversight and while managed/brokerage accounts are allowed to be used in retirement plans, plan sponsors should be warned.”  These accounts are frowned upon by the Department of Labor (DOL) and it’s not hard to see why.

Dawn offered another example to help demonstrate how easy it is to withdraw money out of these plans.  Years ago, PPSAFI was engaged to help a company bring their plan into compliance, as they had not filed Form 5500s for several years.  As we were going through a correction program, it was discovered that tens of thousands of dollars (approx. ½ of the plan’s assets) were missing.  The assets were being held in a pooled brokerage/managed account with one-named Trustee.  We later learned that the Trustee had contacted the financial institution holding the assets, filled out one form, and took a direct distribution to themselves.

In terms of the Minor case, obviously the Center placed all their trust in Minor and truly had no knowledge of how to operate a pension plan properly.  The Center gave Minor authorization at too many different levels.  He became the plan’s adviser, the TPA, the recordkeeper and a 3(16) administrator by signing the Form 5500.

Unfortunately for the Center, what’s done is done.  Apparently, the Center has been able to set aside $5.8 million of its assets to reimburse its current and former employees’ pension benefits, which is great, but I’m sure that Minor’s betrayal of trust will live on in that organization for a long time.

Priority Pension Services, Inc. (AFI) is a full-service employee benefits consulting, actuarial, and third-party administration (TPA) firm.  Please don’t hesitate to contact me or Dawn on Linked In, by email (ginam@ppsafi.com) (dawnf@ppsafi.com), or direct: 516-584-2750 at exts. 1 and 2 for information, a free consultation or with any questions.  We’re happy to help in any way we can!