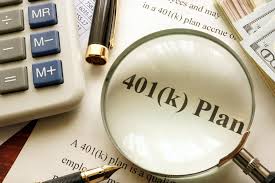 So that is why using Pooled Employer Plans (PEP) may be an effective way of offering professional-level guidance and support to small business owners that couldn’t ordinarily afford such a type of plan. Administration on solo plans is easy because there is no compliance testing and recordkeeping is only an issue if the solo 401(k) plans cover the owner and their spouse.

Perhaps PEPs can be used as an effective way to offer retirement plan guidance to those who wouldn’t have it.