The Unintended Consequences of The Fiduciary Rule #1: B/Ds eating those Legal Bills

The Unintended Consequences of The Fiduciary Rule #1: B/Ds eating those Legal Bills 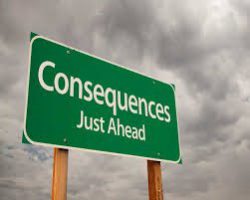 When there is any change put into place, there is always going to be a whole list of unintended consequences that occur because of the change. This article is going to be the first in a series of articles suggesting the unintended consequences of the new Fiduciary Rule going into effect in April 2017. While the fiduciary rule is going to be a positive effect for plan sponsors and plan participants, it’s going to negatively impact quite a few folks in the retirement plan industry.

When there is shoplifting in a store, it’s usually the consumers who pay for that with increased prices. When my two cars were totaled during Hurricane Sandy, Long Island residents including yours truly paid for that through higher premiums (despite what my agent said). Costs that a business has to bear are usually passed down to the consumers, that’s the price of doing business and consumers usually end up paying for that.

For broker/dealers (B/Ds), there are going to shell out millions and millions of dollars in legal and compliance fees to meet the requirement of the Department of Labor’s new Fiduciary Rule. If you’re not part of a B/D, you’re probably pulling out your small violins. Whether you have empathy for them or not, legal fees are a boon for us ERISA attorneys and not a boon for the B/Ds. Legal fees are for developing a best interest contract (BIC) for the BIC exemption, the development of conflict of interest policies, and discovering what trails are received for specific mutual options offered for retirement plans. There’s a whole host of other things that a B/D will have to do to meet the rule, so I don’t want to bore you with the details.

So the B/Ds are going to spend a lot of money in fees to pay to meet the new rule. Can they shift the cost to plan participants through increased fees? They can certainly try and raise the fees they charge plan sponsors, but reality will get in the way. Costs of retirement plans have been going down for over a decade, thanks to fee disclosure and thanks to technology. Fees charged by retirement plan advisors whether they are brokers or not, have also gone down. The good old days where an advisor was making 50-100 basis points advising a plan sponsor are becoming as rare as a videotape rental store. If B/Ds are going to try to pass these legal fees to plan sponsors through increased fees, they are going to end up losing business because it’s a competitive marketplace where every advisor is running a lean operation through the low expenses they’re charging.

So in a nutshell: B/Ds are either going to eat the cost of paying those legal and compliance fees to meet the new rule or they’re going to leave the retirement plan marketplace or partner up with a registered investment advisor who will handle the fiduciary rule. The smaller the B/D, the less likely they’ll be a fiduciary come April.