An Ode To The ReplaceMets

An Ode To The ReplaceMets 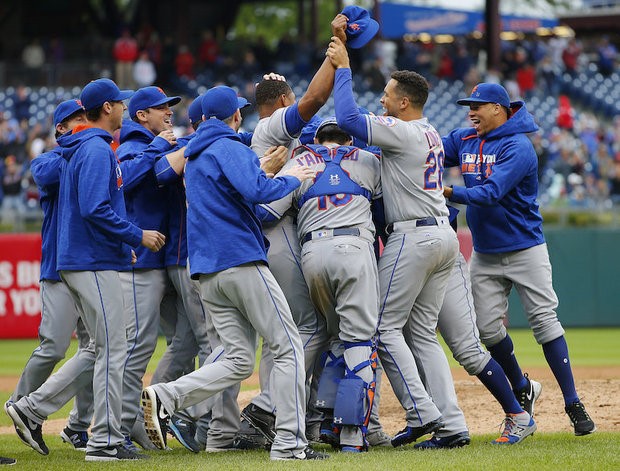 Being a Mets fan isn’t easy, it’s usually a 1-2 year period of good baseball followed by about six years of not so good baseball.

After Mookie Wilson’s roller down the first base line bounced between Bill Buckner’s legs in Game 6 of the 1986 World Series, the ball hasn’t bounced that well for the Mets and their fans. While they did win Game 7, the idea of a Mets dynasty never came to be.

Dwight Gooden’s drug problem and injuries to the entire rotation (Terry Leach went 11-1 as a replacement starter and is still one of my favorite Mets) made them an also ran in 1987 to the Cardinals. The 1988 team won the division and lost to the Dodgers in the Championship Series despite almost going up 3-1 before Gooden gave up a homerun to Mike Scioscia in Game 4. They fired Davey Johnson in 1990 and let Darryl Strawberry go because General Manager Frank Cashen didn’t want to give him $3 million a year. Cashen did give Vince Coleman $3 million a year, but all Vince did was pour bleach on some reporters and injure a kid at Dodgers Stadium with a firecracker. The Mets lost 103 games in 1993 despite having a half decent team on paper. The team wouldn’t turn it around until 1998.

The Mets won the wildcard in 1999 only for Kenny Rogers walk in the Braves’ winning run in game 6 of the Championship Series. They won the pennant in 2000 only to lose to an inferior Yankees team that no Mets fan can ever live down. They fired Bobby Valentine and hired Art Howe and that was a disaster. They won the division in 2006 and lost to an inferior Cardinals team in the Championship Series. They choked down the stretch in 2007 and 2008. The fact that owner Fred Wilpon was implicated in the Bernie Madoff disaster financially handcuffed the team for a couple of years. The rebuilding of the team took some time and the team won the pennant last year and lost to a better Royals team in the World Series.

2016 was supposed to be the year the Mets were going to dominate. The problem was Matt Harvey wasn’t the same; he ended up being lost for the season. Zack Wheeler never returned from Tommy John surgery. Jacob DeGrom and Steven Matz were lost for the season. David Wright was lost for the season, so was Neil Walker after being a great sparkplug for the offense, and first baseman Lucas Duda was out for the bulk of the year. Travis D’Arnaud and Michael Conforto forgot how to hit. Yoenis Cespedes and Asdrubal Cabrera ended up on the disabled list. Bartolo Colon who was supposed to be working out of the bullpen had to be a staff ace at age 43. The Mets traded for Jay Bruce at the trade deadline only for him to forget how to hit.

The Mets were two games under .500 and 5 ½ games out of the last wild card berth on August 19th. It really looked grim and people were already blaming manager Terry Collins for a team that was truly decimated by injuries. I couldn’t blame this team if it fell short and I still can’t fault Sandy Alderson for letting MVP candidate Daniel Murphy leave for the Nationals.
A few weeks back, I started to call the team the replace-Mets because with all those injuries, some bench players and rookies rose to the occasion and helped the team turnaround and clinch that Wild Card berth. People thought it was a bad idea to sign Jose Reyes after he was released by the Rockies for spousal abuse, his return helped plug a big hole when Wright was lost for the season. TJ Rivera has hit over .330 and Wilmer Flores hit 16 home runs. After DeGrom and Matz went down, rookies Seth Luogo and Robert Gsellman kept the team in games and the bullpen led by Jeurys Familia (50 saves) and featuring Addison Reed and Jerry Blevins helped close them out.

Unlike some of other Mets teams, they never gave up when they were behind, almost coming back from a 10-0 deficit against the Phillies over a week ago. How will the Mets do in the playoffs? They will do what they have been doing all year, take one game at a time and never give up. Win or lose this postseason, this is one memorable team.