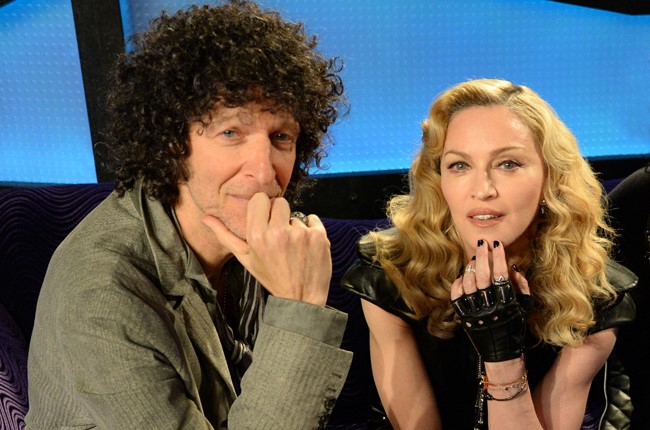 People can be harsh. After the first season of The Sopranos, you would hear people say how the show wasn’t as good as the first season. People have complained that long running shows like The Simpsons, South Park, and Law & Order SVU aren’t as good as they used to be. People claim that these shows have “Jumped the Shark”, a term created by Stern Warp Up Show Host Jon “Hit’em with The” Hein who claimed Happy Days went downhill after Fonzi jumped a shark in a water stunt.

People claim up and down that The Howard Stern Show isn’t the same anymore. I’ve been hearing those complaints since around 1997 or right after Howard’s movie, Private Parts, came out. I’ve been hearing that after Jackie Martling left over a salary dispute in 2000 or when Artie Lange left after his suicide attempt in 2010. There has been much talk that the show isn’t the same since Howard hired someone named Marci Turk to help with his branding and direction.

I’ve been listening to Howard Stern since he debuted on WNBC in 1982. I was 10 in 1982 (and some would say allowing a 10 year old to listen to the show is child abuse). I challenge anyone to listen to Howard’s broadcast in 1982, you’d be very disappointed to hear some lame bits and frequent music break ins like the Theme from Hill Street Blues or a helicopter traffic report which was required by his bosses at WNBC.

The Howard Stern Show has changed over the years because it has evolved. The Stern Show isn’t the same since 1982 and neither am I. In order for any type of television or radio program to last so long, it needs to change and evolve. The Simpsons has been on the air since 1990, 60 Minutes has been on the air since 1968, those shows have changed over time to survive. You can’t offer the same bits and format over and over again because the public will be bored. If a show is stagnant in its growth, it will eventually bore the audience because the audience will claims it’s the same old stuff.

I think a lot of discussions about how the show isn’t the same before is due to the fact that there are only 3 shows a week and the constant celebrity interviews. When I was growing up as a teenager, the only celebrities who were bold to do the show were D list celebrities like Gilbert Gottfried and Pat Cooper or someone wacked out like Sam Kinison. Howard is now getting A-list celebrities to interview because Howard is the best interviewer out there and his show is a great platform for celebrities to promote their new projects. Long time fans hate the A-list celebrities because Howard was the outlaw and now he’s become an accepted member of the Hollywood elite. When you’re buddies with Jimmy Kimmel, Jennifer Aniston, and George Clooney, you’re going to get better stars to interview than Richard Belzer, Jim Florentine, and Tiny Tim.

The show has also changed because Howard has changed. When he was in the heyday of the show in the 1990’s, he was married to his first wife living a sheltered life in Old Westbury and sitting home all the time. Now he has a second wife, living in the city, and actually venturing out of the home. The nice homes in the Hamptons and Palm Beach help too in changing him.

I’m a member of several Stern fan groups on Facebook and you always hear about the fans who complain about the show. They have every right to complain. The show isn’t the same and neither are they over time. Fine wine ages over time, entertainment programs usually don’t. I also think that some people’s views over the show that it used to better is that we tend to think things were better when we were younger because we tend to miss our youth.

Regardless of your view, The Howard Stern Show is still the best show on radio. Whether it’s 5 days a week, 3 days a weeks, or when he goes to a 1 day a week format some day, I’ll always be listening.