Who is the biggest 401(k) Recordkeeper and what really matters

Who is the biggest 401(k) Recordkeeper and what really matters 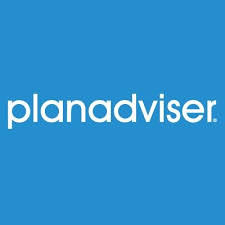 A few weeks back, I wrote an article about 401(k) hustlers you should watch out for and I mentioned the caveat of using a payroll provider as your 401(k)’s third party administrator (TPA). I posted it on LinkedIn and someone commented that they would want to use a payroll provider TPA especially when they were the biggest TPA in the business. If you looked at the profile of the person who commented, you’d find out that he actually worked for that plan provider. Kind of like me saying how The Rosenbaum Law Firm is the #1 ERISA National Law Firm out there without recognizing that I work there.

Anyway, I looked at the 2016 PLANADVISER Recordkeeper Services Guide, which does a great job of breaking down who are the biggest TPAs out there by number of plans, participants, and assets under management. So that person who commented on LinkedIn might be happy that his employer administered the most defined contribution plans at 72,000, I think there are some data in the survey that would put an asterisk on him claiming they were #1.

While the payroll provider has the most plans, they weren’t even in the top 20 list of largest TPAs in assets under administration and what I think is the most important survey, they weren’t even in the top 20 list of TPAs in number of participants. So that means they handle the most plans, but they handle plans of small employers perhaps companies with only a handful of employees. While some in the payroll business will say that’s what happens with payroll provider TPAs, their biggest competitor is #3 in the list of most plans under administration, they are #20 in plan assets and #18 in number of participants.

Based on how I look at who is bigger, I think of plan participants because larger plans have more intricate plan designs especially when it comes to important issues like new comparability allocations and safe harbor plans. Small plans have issues too and you can certainly look at my half dozen articles out there why you shouldn’t hire a payroll provider TPA.

As far as these surveys, it’s great to know who are the biggest providers out there. However, as a plan provider, selecting a provider just because they are the biggest is absolutely a bad idea. While you should certainly avoid a TPA that only handles a dozen plans, selecting a plan provider just on size is a recipe for disaster. Selecting a TPA should be based on fit and the plan sponsor’s needs in terms of plan design and size. Sometimes, a 1-2 person plan with a safe harbor design is a good fit for a payroll provider because they’ll have a tough time in screwing up the administration. So these surveys are great insight, but not a laundry list for plan sponsors to pick a TPA because there are dozens and dozens of great TPAs that aren’t on that list that would probably be a better fit.