Complying with The Fiduciary Rule is feeling your way around

Complying with The Fiduciary Rule is feeling your way around 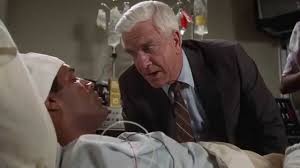 As it stands now, the fiduciary rule is 1,000 pages long and it’s a huge change to an ERISA business that has been around for 49 years. It’s unchartered waters for many especially those who didn’t serve as a fiduciary until implementation. When you’re a broker-dealer or selling an investment product, there are so many considerations to consider when complying with the fiduciary rule While the rule is 1,000 pages long, it won’t cover every situation. It doesn’t have the answer to every question. I used to joke that for much of my work as an ERISA attorney, the rulebooks didn’t have many answers because it was written as if all plans were compliant when we know that few are. So much of complying with the new rule is going to be about winging it. Winging it isn’t about flying from the seat of your pants; it’s about developing a rational solution to an issue that the new regulations don’t cover.

ERISA and retirement plans isn’t always an exact science especially when ERISA and the Internal Revenue Code and the regulations are silent about the issue you have, you make your best faith attempt to comply until you get further guidance on whether your solution you crafted passes muster or not.

If you are a broker-dealer trying to feel you way around the new rule, you know where to reach me,