Some Brokers Will Leave, But Not Like What They’re Saying

Some Brokers Will Leave, But Not Like What They’re Saying 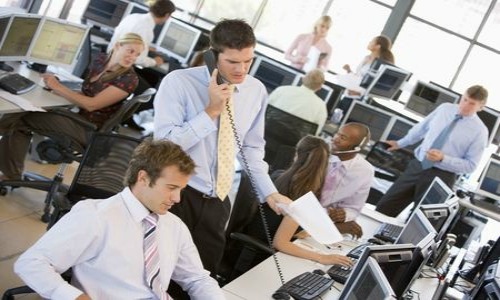 Experts saying how many brokers are going to leave the retirement plan business reminds me of the radio report that Henry Hill heard in the shower about the Lufthansa heist, in Goodfellas. Like the loot stolen in the heist, the number of brokers that these experts are claiming will leave the retirement plan business is just getting larger and larger. Some say 50,000, others say 100,000 and some say 150,000.

The funny thing about these numbers is that they’re not grounded in fact. They are pie in the sky numbers and it’s human nature to proclaim you’ll do something and not do it when the time comes. People are always brave when they don’t have to act. But when push comes to shove, most of them won’t be so brave and decide to leave the retirement plan business.

I know how to brave until it’s time to act and you fold. When I working for a third party administrator; I felt tremendously underpaid when compared to how much my predecessor, who had receive a percentage of the billables was receiving. In the end, the reason I was underpaid is that when the boss gave me the promotion, he only gave me a $5,000 raise and I should have asked for the $25,000 I was expecting. So every year, we’d fight about an a salary increase because I always felt I was chasing that big raise I should have demanded the beginning. So one year, my boss wasn’t going to give me the $10,000 annual raise I’ve been asking every year and had received. So I told him I was leaving. I packed up my stuff and was ready to go. Of course, I didn’t leave, I had an infant and another child on the way and my boss didn’t want me to go. So I didn’t leave despite my statement that I would and my boss ended up doing the right thing and giving me the raise I wanted and then some.

The point here is that brokers are very upset with the Fiduciary Rule and they should be because the new standard they’ll have to meet is certainly going to cause them to lose revenue. Will that cause them to leave when the new rule finally does go into effect, probably not. Despite what they all say, there is still enough money to be made working with retirement plans because the registered investment advisors have been doing it all along as fiduciaries. People are angry and they say things when they’re angry that they really don’t mean. When push comes to shove and they will have the choice to leave, they won’t. I know because I was in the same shows myself over10 years ago.

Brokers will leave the business because of the Fiduciary Rule, but not the pie in the sky numbers that everyone is predicting.