Meeting Client Expectations Even If You’re A Super Lawyer

Meeting Client Expectations Even If You’re A Super Lawyer 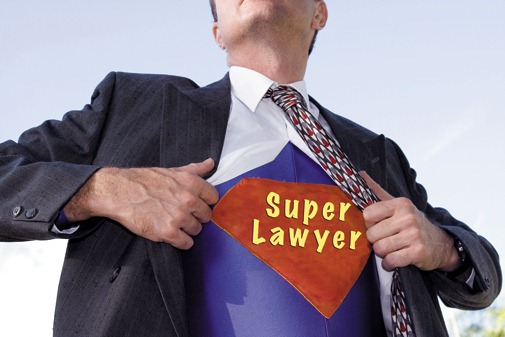 A few weeks back and I was waiting at the train platform and I met a former client of mine from my law firm days. I always had a good relationship with the client and the quarterly meetings with him, the other plan providers, and the plan trustees were the highlight of each quarter.

When I was let go by that law firm 6 years ago, this plan sponsor was a bit upset. He enjoyed my work and he made mention that he would like to go with me as I started my new practice. When being approached by potential clients that are represented by counsel, it’s always a treacherous road to navigate especially when until the day you leave the firm; they’re your firm’s clients. Eventually, they decided to stay with my soon to be old firm because of pressure by a plan provider who only became a plan provider thanks to the recommendation of the law firm partner who brought in this client that I was working on.

I could have used that client when I started my practice and I thought at that time that I needed that client. It hurt, but it was business, not personal. As a solo practitioner, it’s hard to compete with a politically connected law firm. Anyway, I met my replacement as the client’s attorney to talk about this client and the law firm partner and I realized that this change was going to be a disaster. One thing I always did as the lawyer was take notes and the lawyer who  previously had my job in assisting this client told me the group of plan providers was a close knit group and I should forward draft minutes of all the meetings before I finalized them just so everyone was comfortable with my report. My replacement and that law firm partner suggested this was a bad idea and that this courtesy I allowed was going to be curtailed. I knew that it was going to be a complete disaster because it was all about the client’s expectations and they were clearly no longer being met. On the list of plan providers was a broker who did a really good job, but was also part showman. He would look at my draft minutes the way people analyze the Zapruder film. If he was going to be unhappy, he’d let the client know he was unhappy.

I don’t think my replacement lasted six months. As a young mother, she couldn’t deal with the hours. As a less than younger father with young kids, this wasn’t something I could deal with either. So the associate left and the client’s new attorney was the senior ERISA partner. I had worked with this senior ERISA partner. She was probably good at ERISA litigation because she wasn’t very good in the nuts and bolts of retirement plans, I came to assist her when I joined the firm two years later where she immediately felt off the mountain, skiing. So with no background with these clients, I came in and took over without the client’s missing a beat while she recuperated for 6 months. To thank me for this, she later submarined me two years later with the firm’s managing attorney and pretended she had nothing to do with it.

So for the end of this long story, the former client informed me that they had change law firms, firing this Super Lawyer as the ERISA attorney and she was upset about that. I told the former client that she was upset because she cost a fellow partner a client and in their warped way of law firm financing, the partner who did no work for the client got 50% of the fee as the originating attorney. That was more than $10,000 a year and her inefficiency in dealing with this client cost the originating law firm partner a lot of dough.

I always say that relationships in this retirement plan business mean everything and you have to meet the client’s expectation and learn how to deal with all the different personalities of the plan sponsor and the other plan provides. I’ve been an ERISA attorney for 18 years, so I can state that there are times when I failed to meet a client’s expectations because I didn’t fulfill their needs based on their practice and culture. I’m no Super Lawyer in the magazine, but I know a few clients here and there who swear I am one. So I may not be a Super Lawyer, but just a super lawyer.