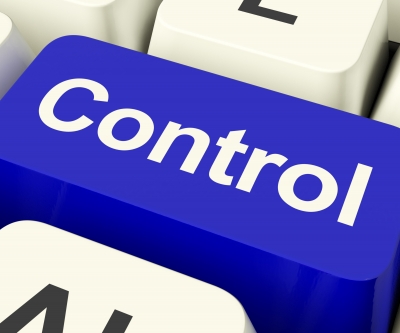 As a retirement plan provider, you meet a potential client and you just do so well in the meeting that you think there should be no way that you’re going to lose this prospect. Yet you get the call that a competing provider got the job and you’re just shocked that you lost to that person.

Sometimes you lose because of all the decision makers you talk to, it might be one decision maker that felt the need they had to exercise control. They weren’t concerned with picking the best provider for the plan sponsor, they were just interested in flexing their muscle and picking whom they wanted to pick.

When I hear about a plan provider flabbergasted that they weren’t selected in a process they thought they won, I always relate a story where I say I was the most insulted in the 18 years of being an ERISA attorney and it shows you the essence of someone wanting to be in control.

I’ve told a story quite a few times and including in that Kindle book a few dozen of you actually bought. I was working at that semi-prestigious law firm as an associate and I was asked by the human resources director to look at our 401(k) plan.

Our 401(k) plan despite having an ERISA practice had one of the worst plans I’ve seen. The human resources director was a plan trustee and decision maker except it didn’t appear she made a decision in 10 years because the plan had no financial advisor, no investment policy statement, no review of fees, no education to plan participants, and no change of investments for 10 years,

I told her the first thing she should do is find a new financial advisor. With my many contacts in the business, I gave her a list of 2-3 advisors to contact. Of course she hired the advisor that the Fidelity representative in the area (who I recommended the human resources director speak to) recommended.

The human resources director and the new financial advisor told me up and down that they were happy with the current third party administrator (TPA) and I was fine with that. The Fidelity representative was there when needed, I thought. Anyway, the human resources director finally discovered the plan had revenue sharing and flipped out. So without consulting me or contacting me, they went through a process to replace the TPA with the advisor making recommendations. Well, they selected a bundled insurance company provider as a TPA and it certainly wasn’t Fidelity despite the representative’s help in getting the advisor that gig.

I was terribly offended because I thought being the in-house 401(k) expert, I should have been consulted because I believe you should always get an insight from the expert.

I got the last laugh many years ago when another trustee from the law firm called me years after I lefy, asking to help the plan go through a huge error caused by that insurance company TPA. I was already to go in and help fix the mess of that 401(k) plan again until the human resources director (after having been lambasted over this for the last 6 years by me) put an end of it. Again, sometimes it’s all about someone wanting to exercise control whether they are the right person to have control and regardless of whether they make the right choice or not.