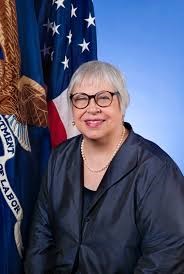 There are some rumors about a delay in the Department of Labor Fiduciary Tule expected to go into effect in April 2017. Until there is a new administration, don’t count on it.

The Department of Labor through Secretary Thomas Perez and EBSA chief Phyllis Borzi expended enormous political capital to get the new rule done and the last thing on their minds is to delay a rule they will likely not see get implemented once President Obama leaves office in January and takes people like Perez and Borzi with him too.

With days ticking towards January 20th, there is no incentive for the current DOL leadership to further delay something that they have worked on for many years. If the rule does get delayed, it would come from a new administration and if Donald Trump gets elected despite all the polls suggesting he won’t, he promised that he’d make sure the rule gets killed. So what’s the point of the current administration delaying it when the next administration could delay it or kill it? Seems like a futile exercise to do something now when the rules goes into effect in five months.