My Opinion Shouldn’t Threaten You

My Opinion Shouldn’t Threaten You 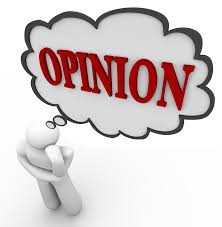 Social media sites such as Facebook are a good thing and a bad thing. For me, it’s a good thing because I’ve been able to reunite with hundreds of people I lost touch over the last 30 years. The bad thing is that I believe that it helps foster bad behavior such as narcissism and closed mindedness.

I am very opinionated and I let people know my opinions. You know that if you’ve ever read my articles. I have very strong opinions, but I’m secure in them. That means that I’m not threatened if someone has a different opinion than me. I respect the opinion of others especially if there are friends of mine and still respect them if they’re not. I support the exchange of ideas and opinions as long as it’s respectfully done. I learned a long time ago that only being friendly with people who had the same political opinion as me was just being close minded and losing the opportunity to meet some wonderful people. One of those wonderful people is Maryland State Senator Jamie Raskin who is on the verge of being elected to Congress. I knew Raskin from his time as Associate Dean of my law school. Maybe I agree with him 5-10% of the time, but I contributed to his campaign because if a solidly blue state like Maryland needs a Congressman, they need someone as decent and honest as Jamie.

Of all the friends that have defriended me on Facebook, 90% of the time it’s because someone had issues with my opinion. I have always been respectful in my opinions and if I have any criticism of a politician, I don’t call them a moron, idiot, criminal, or other high-powered insult. I’ve never defriended someone over politics because the beauty of this country is supposed to be peaceful disagreements between opposing candidates decided at the polls. Unfortunately, this political campaign has been turning into something out of pro wrestling. The debates and these political campaign rallies just look like they’re old wrestling promos when Captain Lou Albano and his wrestler were running down their fan favorite opponent.

I am amazed how many people on my Facebook feed who claim they will defriend any friend who supports the opposing candidate. It’s childish and politically immature. Someone with a different opinion than you shouldn’t threaten you as long as their opinion isn’t hate speech or accompanied with violent threats. If you feel threatened by someone else’s opinion, then maybe you have insecurity issues and that you’re not really confident in your opinion like many narcissists are.

Another great example of insecurity on Facebook is through the community pages of my hamlet, Oceanside. People who opine that the schools aren’t as good as they used to be or that the neighborhood isn’t the same since it was decimated by Hurricane Sandy are told by other people to leave if they’re unhappy. I had the same thing with my old synagogue; they didn’t appreciate my criticisms of the Hebrew school even when coupled with ways to improve it. It’s like the “It’s a Good Life” episode from The Twilight Zone where the young boy Anthony would banish anyone who didn’t think nice happy thoughts to the cornfield.

I once was friendly with a woman and she defriended me because I wasn’t supportive of her friend as a candidate for Fire Commissioner. I never found him to be a friendly person and I didn’t hold that against him or the fact he has no neck. What bothered me as a volunteer firefighter, he missed 90% of the emergency calls of his company. Even congressman running for re-election don’t have such poor attendance. Again, she’s one of those types that feel threatened by anyone saying anything remotely negative about Oceanside even though she lives in Baldwin (she does live in the Oceanside school district).