When it comes to their retirement plan, we’ve left teachers behind

When it comes to their retirement plan, we’ve left teachers behind 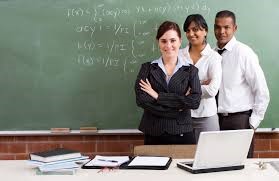 You might not be aware, but the New York Times is doing an expose of sorts, shining a light on something that is embarrassing for the retirement plan business and that’s non-ERISA 403(b) plans.

Teaching is one of those occupations that would put on a pedestal, behind armed forces and first responders, yet when it comes to the retirement plans of public school teachers, we’ve left them to die.

Non-ERISA 403(b) plans are often compared to the Wild West because plan participants are pretty much on their own and the employers role in the Plan outside of approving plan providers is non-existent, I don’t think it’s the Wild West, I think it’s more of a mirror universe where participants aren’t cared for, fees are high, and there are just way too many providers to service a school district’s plan.

403(b) plans were initially and substantially still are, annuity based products. From what we know about annuities, they aren’t a product known for their low fees. A school district has almost no involvement with their plan, hence no coverage under ERISA. Approving plan providers to service the accounts of participants are pretty much what they all do and it’s a problem when school districts offer dozens of providers to service in the plan. Choice in life is good except when it comes to retirement plans because too much choice leads to participant confusion, each school district should limit itself to 1-3 providers and one of those options should be a low cost provider.

I also believe that to protect teachers from paying too much in fees, it’s time to eliminate 403(b) plans from the jurisdiction of state insurance departments from reviewing the plan and put it under the auspices of the Department of Labor. State insurance departments are pretty good when it comes to licensing insurance companies, they are not so good in caring about costs especially when it comes to retirement plans.

The Times articles don’t show anything new, they are just showing a light on the high fees and confusion that non-ERISA 403(b) participants go through especially public school teachers. If we claim we love public school teachers as much as we do, let’s try to protect their retirement plan assets and lobby for needed changes to non-ERISA 403(b) plans.