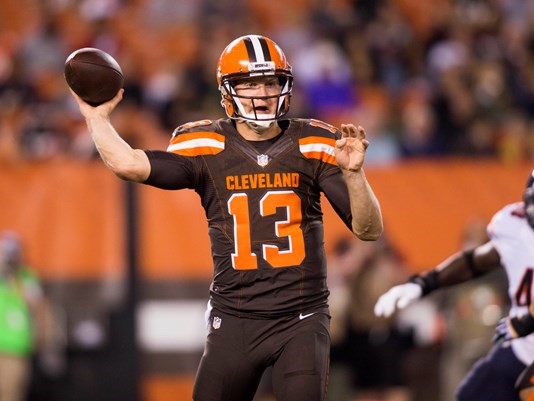 There have been some pretty awful sports franchises in sports history, yet making fun of an inept franchise like the Los Angeles Clippers is no longer fun when they are no longer inept and it was probably the reason I started rooting for that team 30 years ago. In football, I’ve lived long enough for such losers as the Tampa Bay Buccaneers win a Super Bowl and the star crossed Arizona Cardinals make a Super Bowl.

So for ineptness in the NFL these days, we have to look at the Cleveland Browns who not have only the ugliest uniforms in the league, but also have an ineptness at drafting and building teams. The Browns have used 6 quarterbacks in the first half of the season and they passed on the opportunity to draft Eagle phenom quarterback Carson Wentz.

Poor drafting and poor quarterback selection has doomed the franchise since they were reborn in 1999 and it’s certainly an insult when the first Browns now playing as the Baltimore Ravens have won two Super Bowls in that time frame.

Pity the Brown and their fans. What’s going on with the franchise is worse than the Drive and The Fumble, it’s an ineptness that is unparalleled in sports as of late. The team that is the Legacy of Paul Brown and Jim Brown deserve better, as well as those supportive fans.