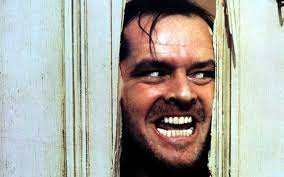 Working for organizations whether it was companies I worked for or for outside activity organizations, there are always going to be the same type of person I was going to have a problem with. It’s always the same recurring thing and I have yet to develop an “antidote” on how to deal with this type of person.

Let’s just say that person is Jack and you know Jack. Jack is the person that has been with the organization since the year of the flood and might have been one of those who actually founded the organization. While Jack did a ton of good for the organization, he hasn’t done much in a very long time and the problem is that Jack doesn’t get the subtle hints that he should take a back seat in the decision making process. The problem with Jack is he really doesn’t care about the organization, all he cares about is his spot and that spot is being in the decision making process. Jack won’t be friendly to anyone who will threaten his spot and he would take anyone with some competence and vision as some sort of threat. Jack wants the status quo and doesn’t want the organization to improve because he’s afraid of losing control over his spot.

I worked for a third party administration (TPA) where Jack would push out anyone who were doing excellent work and would show that maybe Jack isn’t so competent and that maybe it’s time for Jack to take a step back. If I can tell you the amount of people that Jack has pushed out, you would have an all star lineup of retirement plan heavyweights including some people who created their own TPA, the best operations person you ever met, and some ERISA attorney who writes a lot.

The problem with Jack is telling him that his time is up. Not many people can pick up the social cues out there that it’s time for them to step back. People are very sensitive and I’m sure someone like Jack are extremely sensitive because they might have a sense of entitlement because they worked for that organization for a very long time. Forget negotiating peace in the Middle East, I think having the sensitivity to tell Jack that he needs to leave his spot is going to be very difficult and people tend to avoid difficult things in the workplace.

It’s hard to tell someone that the organization they helped built maybe better off with new voices in the decision making process. As I always say, Steven Wozniak left Apple and not everyone who was a founder or someone who helped at the beginning needs to still be at the controls.

You know Jack and he’s no Jack of all trades, he’s got one mission and that’s to protect his spot.