Call the ERISA Attorney Before It’s Too Late

Call the ERISA Attorney Before It’s Too Late 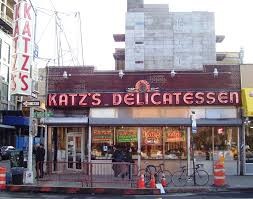 Besides bagels, pastrami, and cheesecake, New York is really well known for good medical care. So I always think of a former co-worker who needlessly died because he waited years to get medical care and his doctors affiliated with Memorial Sloan Kettering told him before he died after his colon cancer spread to his liver that they wished he came to them sooner so his life could have been spared.

Retirement plans aren’t a matter of life or death, but an analogy comes into play when a retirement plan gets an audit examination letter from the Internal Revenue Service or Department of Labor seeking to put the plan under the “lights” for review. Too many plan sponsors, their financial advisors, or their CPA think they can handle it on their own without the use of an ERISA attorney. That is a recipe for disaster.

When people hear that you’re an attorney, they take a step back. At least that I feel when dealing with service providers of any kind, I feel they treat me differently because attorneys are known to be litigious and they didn’t want to be on my wrong side. I believe that retirement plan auditors act differently when an ERISA attorney is handling an audit. Maybe it’s just a feeling, but that’s what I feel. ERISA attorneys whether they work for the third party administrator or are on their own are experts when it comes to answering the auditor because I believe that plan sponsors and plan providers always provide more answers to the auditor that’s needed to answer the question proposed. I’ve seen too many times, plan sponsors saying more than they should and ended up getting a longer examination because they are too free in their answers. ERISA attorneys are adept at answering any examination questions succinctly that can spare a further review. Loose lips sink ships, they also make audit examinations larger in scope.

Another issue is that plan sponsors often call an ERISA attorney after the examination is completed and try to negotiate down a huge penalty or plan disqualification, like my poor co-worker, sometimes seeking help is just a little too late. Once an agent proposes a penalty, any action to mitigate it is remote especially the more severe it is. Too often, I’ll get a call after a plan sponsors gets hit with a $50,000 penalty because they didn’t file their 5500 or got disqualified because their acts was so egregious in violating the Internal Revenue Code. So many times this penalty could have been averted if they only called me right when they got notice with an audit request.

Plan sponsors and plan providers without any legal background can get an audit into a direction that is so much more devastating than if they would have contacted the ERISA attorney at the beginning.