The perils of too much choice in participant directed plans

The perils of too much choice in participant directed plans 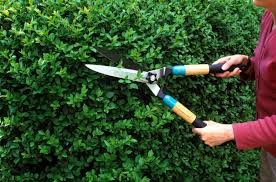 One of the claims in those class action 403(b) lawsuits against universities is a claim that it is a plan sponsor’s breach of their Fiduciary duty to allow participants to choose from so many plan investments. It’s a novel claim that I think will be a claim that you’ll eventually see in 401(k) plans. Where the claim will go anywhere remains to be seen.

Too many investments offered under a participant directed plan is one of the anomalies in the retirement plan business because most people would think allowing unfettered choices among plan investments is a good thing. We always here the value of freedom of choice, but that’s not something that’s a good idea for retirement plans because of the behavior it triggers.

The sad fact about offering too much choice in retirement plans is that it actually decreases participant participation in the plan through salary deferrals. Too many choices actually creates information overload. That means that confuses participants so much that a paralysis sets in that they decide not to bother deferring on their plan. Studies show I’m right and those studied will give ERISA litigators the idea that this is a breach of fiduciary duty because it would be imprudent to offer so many investments. Whether that argument is going to fly is debatable, but I caution any plan sponsor that 57 investment options is way too much. Contact your financial advisor if a pruning of available investment options is a good idea.