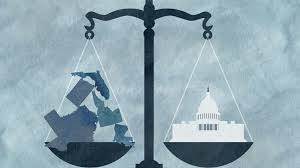 Thanks to Department of Labor guidance that allows states to get in the retirement plan business and offering plans and IRA programs of their own, the natural concern is for plan sponsors and whether this means that the states are going to start coming for their plans.

This country was founded on a wariness of government and the spirit still lived today in almost every political argument. This entrance of states in the retirement plan marketplace isn’t some Marxist attempt to nationalize the retirement plan business. It’s an attempt by states to make sure that private sector workers get access to retirement plan coverage when their employer doesn’t offer a plan,

I’m sure the goal of these state plans is that they will pass legislation that will require employers that don’t offer a retirement plan to participate in some sort of state sponsored multiple employer plan (MEP). This will create two streams: employers that will join the MEP because they see no choice and those employers who will start their own plan rather than having anything to do with a MEP run by the state.

Either way, your retirement plans are going to be safe from the intrusion of state government.