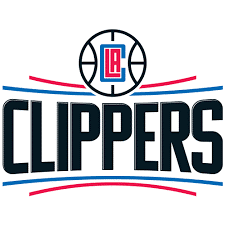 The idea behind The 401(k) Guy is based on Bill Simmons, who was The Sports Guy at ESPN and grantland.com who had strong opinions and funny observations that got him fired when he spoke honestly about NFL Commissioner Roger Goodell. So in honor of Bill, I gave you The 401(k) Guy’s random observations about sports.

1. The biggest travesty in baseball history is the color line that lasted until Jackie Robinson broke it in 1947. The second biggest travesty is that the Miami Marlins have won two World Series titles.
2. Mets fans that reminisce about Shea Stadium aren’t really reminiscing about the toilet of a stadium. They’re reminiscing about their youth and the memories of the games they saw there. This is coming from a long time Mets fan that owns Shea Stadium seats.
3. When teams move for the almighty dollar and blackmail cities for taxpayer-funded stadiums, it’s nice to know that the community team owned Green Bay Packers still exists.
4. I will never understand how franchises move from large cities to smaller ones. I still can’t get over the Seattle Supersonics moving to Oklahoma City. That’s why I always root against the Thunder.
5. The biggest eyesore of sports uniforms currently belongs to the Arizona Diamondbacks.
6. You need a scorecard just to figure which channel is broadcasting MLB playoff games.
7. Many of you goof about NASCAR being just guys driving around a circle, but you wouldn’t say that if you actually watched it.
8. Women’s tennis is more fun to watch than men’s tennis.
9. Vin Scully is the last of a dying breed: a broadcaster that people universally like.
10. I can’t believe Turner Field only lasted 20 years as the home of the Atlanta Braves and the New York Islanders lasted 43 years at the Nassau Coliseum that was obsolete by 1986.
11. ESPN is covering the WWE as it’s a real sport. It’s sports entertainment, they never covered it as a sport when they were broadcasting Verne Gagne’s AWA in the late 80s.
12. Pete Rose, Barry Bonds, and Roger Clemens will likely never make the Baseball Hall of Fame, which means that Cooperstown is the sports version of Studio 54 and Omega Theta Phi from Animal House.
13. If Los Angeles doesn’t get the 2024 Olympics then you know the International Olympic Committee hates the United States.
14. What we’re learning about concussions and CTE with current and former NFL players is like what people in the 1960s were learning about smoking.
15. The NHL never gets the love it deserves.
16. There is nothing better for your stomach then the all access tickets at the Barclays Center. That all you can eat thing is magic even though they now flag when you use it 6 times during a game. I will not be shamed into getting it reprogrammed and asking for seconds.
17. Yes, I’m a fan of the Los Angeles Clippers.
18. People will never reminisce about Shea Stadium the way they do about Ebbets Field and I hear Ebbets Field was a dump too.
19. Relegation in the Premier League is a fun thing except if you root for the team being relegated.
20. I don’t mind the corporate arena and stadium corporate advertising paid names until they change.