The legend of Helmut Norpoth

The legend of Helmut Norpoth 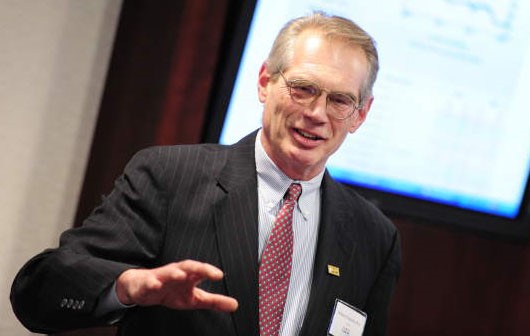 When it does to my 22 years of education, my favorite time was the 4 years I got a degree at SUNY at Stony Brook, which is now Stony Brook University. I majored in political science because I was and probably still am, a political junkie.

As a junior and a political science major, I had the opportunity to take a Presidential Election Campaigns class taught by Helmut Norpoth who is a preeminent Presidential campaign expert in United States politics despite his German birth. It was a memorable class because it took place during the Spring of 1992. My good friend, Ron Nehring was the teaching assistant and Ron eventually became Ted Cruz’s national spokesperson during the 2016 campaign (not name dropping, just proud of my friend).

At the time we were taking the class, the New Hampshire primaries were going to take place and most people like me thought that George H.W. Bush was going to be elected despite the bad economy because of the success of the Gulf War.

As you know around that time, Bill Clinton had that Gennifer Flowers adultery scandal. Despite the 60 Minutes interview, many left him for dead because of the scandal that befell Gary Hart 4 years earlier when he was photographed with Donna Rice sitting on his lap. So Clinton finished second in the New Hampshire Primary to former Massachusetts Senator Paul Tsongas. Clinton proclaimed he was the comeback kid and some of us thought that was a joke since he still lost and no one at that point ever lost the Primary and was elected President. It was around that time, that Professor Norpoth told Ron that Clinton was going to be elected President and he was.

Fast toward 24 years later and Professor Norpoth makes the news because he proclaims that there is an 87% chance that Donald Trump was going to be elected President based on statistical models he’s worked on. Norpoth was right for the past 20 years and everyone thought he was crazy especially when Hillary was ahead and Trump was making lots of mistakes on the campaign trail including that first debate. Norpoth was still insistent until Election Day that Trump was going to win. Knowing Professor Norpoth and his penchant for correct predictions, I thought Trump could pull it out. Of course now we know that Professor Norpoth is an absolute genius because he predicted the election where everyone including many Trump supporters thought it was going to be Madame President-Elect.