Forfeitures can be a compliance headache

Forfeitures can be a compliance headache 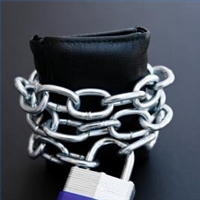 Plan documents are pretty straightforward on what do do with forfeitures, the first part is dealing with when a forfeiture occurs. It usually happens when in the year when a participant terminates service. Sometimes, you need to wait when a participant completes a 5 year break in service because at that point, you’d never have to reinstate a forfeiture if that former participant returns to employment.

Now that the plan says when a forfeiture occurs know the plan has to specify what to do with them. Some plans will say your reallocate forfeitures to remaining plan participants or you use that amount to reduce contributions. There may also be language that forfeitures are used to reduce employer contributions. Regardless of what the allocation of forfeiture provision is, what is usually forgotten about is that it’s a mechanism that has to be done annually. Too many plans fail to make use of their forfeitures according to the terms of their plan, they essentially end up having a forfeiture “war chest” that is big enough to fund a private war. The compliance headache is not following the terms of the Plan which if discovered on an Internal Revenue Service or Department of Labor audit is something that is going to raise concerns,

As a plan sponsor, I suggest taking a look at the forfeiture provisions and understand what needs to happen with them, and that they are operated according to its terms,