The TPA Asset Based Fee is a dinosaur

The TPA Asset Based Fee is a dinosaur 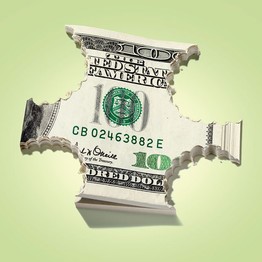 I have a good friend of mine that I’ve known for the last 18 years and he’s one of the most honest people in the 401(k) business and I love him even though he roots for the New York Islanders. He works for a third party administration (TPA) that does a great job in plan administration but I avoid referring them 401(k) plans because of the way they bill.

This unbundled TPA bills like many bundled providers bill their administration services, an asset based fee. I believe every provider should get paid nicely for doing good work,, but I don’t think a provider should get paid in relationship to something that doesn’t really have to do with their job. In my opinion, asset size has nothing to do with day to day plan administration, but head count does,

I would imagine a TPA has more work to do with a 100 participant 401(k) plan that had $2 million in assets than a 50 participant law firm 401(k) plan with $25 million. Before you tell me about custody fees, I know about them and this has nothing to do with custody fees, the compliance testing, accounting, and preparation of Form 5500 isn’t harder to do because a plan has more zeroes in its assets, its more difficult when the participant head count has more zeroes.

While the Department of Labor allows an asset base charge for the administration of a retirement plan, I believe the question of whether that prudent becomes a bigger question when the size gets larger and larger. I can understand small, bundled plans paying an asset based charge for a bundled provider, I can’t understand why that’s prudent when the plan starts hitting 7 figures in assets,

I believe an asset based administration charge for plans over $1 million could be another frontier in plan litigation especially when asset sizes doesn’t have much in relation to the cost of plan administration.