The Legacy of Phyllis Borzi

The Legacy of Phyllis Borzi 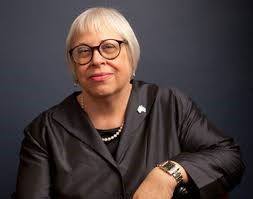 They often say that the Legacy of a person can only be decided later as time passes by. I’m going to express my view about someone who is still actually in her current position until January 20th.

Phyllis Borzi who is head of the Employee Benefit Security Administration (EBSA) has had a profound influence on the retirement plan industry that no other head of EBSA has had. I’ve been in the retirement plan business for 18 years and I can’t name another head of EBSA. While time will decide the benefit of the fee disclosure regulation and the Fiduciary regulations (if it’s not withdrawn), it’s created a big upheaval in the retirement plan business. One fact that remains is that there has been a phase-out of some of the conflicts of interest that had riddled this business.

I believe that retirement plans are better today than they were 8 years ago and it’s thanks to Ms. Borzi. Fee transparency is a good thing. It’s created transparency, fees have been reduced, and it’s a more competitive retirement plan business. More and more plan sponsors understand their Fiduciary duty and responsibility. The new Fiduciary Rule is costing a lot of money for firms to comply with the rule, but it’s going to eliminate the rampant conflicts of interest in this business by requiring a standard for all advisors who want to be in the 401(k) plan space,

Borzi’s track record is far from perfect. The first rollout of a new Fiduciary Rule was a complete and utter disaster, which required it to be pulled. Another failure of her administration has been the failure of regulations that would have created a true open multiple employer plan to eliminate some of the confusion from the advisory opinion in 2012 that helped but a kibosh on these plans that did a good job of getting plan sponsors to get better pricing and shed their liability by joining such a plan.

Nothing a public official does is perfect, but I believe that history is going to look kindly on Ms. Borzi as a retirement plan pioneer who put the needs of plan participants ahead of the industry.