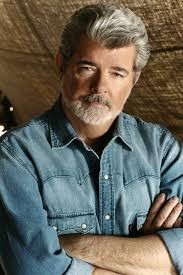 In 2012, George Lucas sold Lucas Films to Disney for $4 billion. While it won’t be the Dutch buying the island for Manhattan for $24 worth of trinkets, it’s going to go up as one of the best deals in entertainment history,

By 2012, George Lucas ruined his reputation with the three-prequel films that did well at the box office, but not in the heart of Star Wars fanatics. As a Star Wars fan since I was 5, I’ll certainly admit that the prequels don’t come close to the original trilogy, they weren’t as bad as Caddyshack II. The prequels didn’t do as well as the original trilogy because Lucas cared more about special effects and less about developing characters that could connect with the audience, it also didn’t help that Hayden Christensen isn’t a strong actor and was annoying as heck as Anakin Skywalker that you couldn’t wait he turned into Darth Vader.

By 2012, the Star Wars world was kind of done with Lucas promising no more movies and an animated show that was good, but doesn’t translate as well as a movie can, Lucas was tired and he decided to cash in. So he sold his legacy for $4 billion, which included some story ideas for more movies,

While $4 billion is a lot of money, I still think it was a good deal even if Disney never made a movie because they’d make that money back just by adding more Star Wars to their theme parks. The ability to make more movies was just the cherry to the ice cream sundae especially when Disney was focused on making good movies. As much as people want to deride The Force Awakens as a remake of A New Hope (which it isn’t), it made over $900 million in the United States alone and is the highest grossing film in U,S, history. Rogue One might not haul in half the box office of The Force Awakens, but I think the ability to make films that aren’t part of the main saga is just an ingenious way to further monetize the Star Wars legacy and broaden the brand with new characters from an earlier pre-A New Hope timeline.

Episode VIII ended filming and a Han Solo movie is in pre-production. I’m sure there will be other films in development with a movie every year as long as the quality and box office holds up. The only way to kill a franchise is to make inferior movies and there are 4 billion reasons why Disney can’t afford to do that.

Merchandising, theme parks, further animated adventures, gaming, there are just some of the areas where Disney has been able to monetize and further milk their Lucas deal. Sure it was $4 billion, but it’s a deal that keeps on beating fruits.