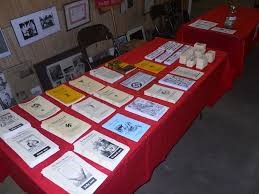 The camp my daughter goes to is a fine camp except I can’t stand the people running it because they really try to nickel and dime parents anyway they can.

They used to have a fall festival and a spring festival (now they only have Fall) where they proclaimed it was free except the food cost money and the rides cost money, so I guess you could have walked around for free. They changed the format because attendance was lagging, so enrolled campers can now ride for free. A big part of funding for the event comes from these tables where they rent out to local businesses and insurance providers and too often, the people renting those tables regret it as the foot traffic and business doesn’t justify the expense of the table. I remember the same deal with this organization I belonged to that had lots of attorneys and accountants. Several plan providers would rent out at a table at one of their parties and always someone would regret it.

When you’re a plan provider and a couple of shekels, you’re always going to have someone who is trying to have you spend that money through the use of a convention table or some sort of advertising. Before you spend a nickel on advertising, you really need to identify the audience that these spending opportunities attract as well as the audience you seek as a plan provider. Many years ago, I was solicited to sponsor events for small business owners. As an ERISA attorney, it was a terrible fit because if small entrepreneurs have some shekels for retirement, they’re going to seek out solo 401(k) plans and I can’t compete with free documents from Fidelity or Schwab or other custodian,

If your sources of businesses are accountants, don’t get a table at at an electrical contracting convention. Go where audience is and don’t spend money to seek out audiences that will never lead you to business. If you want to be charitable, there are a lot of wonderful charities out there and some convention getting money for a table is at a charity,

Know your audience and any marketing money you spend should target that audience. Otherwise, you’re wasting money.