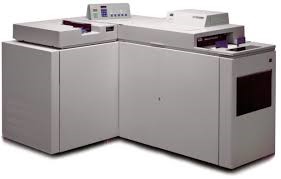 When I was a kid, everyone called a copy a Xerox because they were the leaders of photocopiers. I remember when the photocopier was a big deal and you’d make a copy on of those tremendous copiers at the bank for a dime and they came out on thermal paper.

Anyway, Xerox HR Solutions as a record keeper, is being sued by participants in three Ford Motor Company 401(k) plans as part of an attempt at a class action lawsuit. These Ford plans represent $14 billion in assets.

The complaint against Xerox is that they made investments available under Financial Engines, which is an online investment advice company. The complaint alleges that Xerox required Financial Engines to overcharge participants for this advice and pay Xerox a fee, which the participants call a “kickback” that Xerox just pocketed. They claim that the plans were overcharged to the tune of $4.8 million fee three years.

Now I’m not suggesting that Xerox got a fee for doing nothing, that’s for the courts to decide, what I always say is that appearances when it comes to fees is very important, and any suggestion of impropriety is treated as impropriety even if it’s not. I always believe the connection between providers where fees travel from one to another; it must be fully transparent and disclosed, to avoid any suggestions that it is improper. Plan providers shouldn’t copy Xerox and just be forthcoming for any fees they receive.