Blame it on Diet Coke

Blame it on Diet Coke 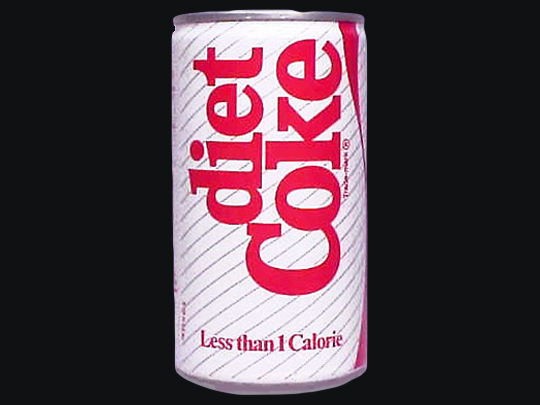 I’ve been a diet cola drinker for the past 35+ years (yes I know it’s bad) since the days of Tab and the warning that drinking Tab lead to cancer in laboratory animals. That wasn’t even the worst part, it was the actual taste because it tasted something that was diet like sugar free jelly beans without the toilet trouble.

Diet Coke arrived in 1982 and some people don’t understand why Tab wasn’t called Diet Coke when it was launched in 1963. The reason is that Coke never produced another product with the name Coca Cola in its history (since 1886 when Coke was created). Thy figured a Diet Cola with the name Coke in it would cannibalize sales of Coca Cola. When Diet Pepsi was shown to be a big hit while not hurting sales of Pepsi, Coca Cola figured out that a soda with the name Diet Coke would probably be a better seller against Diet Pepsi. DIet Coke was also launched because it was also the unleashing of Nutrasweet into the marketplace. The aspartame Diet sofas would have a better taste than the saccharin sofas like Tab or so they claimed.

When Diet Coke hit the market with their sweeter Diet formula, it became a big hit. One of the things that people don’t realize is that Diet Coke takes nothing like Coca Cola. If you want a Diet version of Coke, then you need to drink Coke Zero, which I have religiously since it arrived on the scene in 2005.

What’s the problem with Diet Coke besides its awful taste? It’s never been fingered as the real culprit behind one of the biggest boondoggles in history: New Coke. Well, in 1984, Diet Coke was a top soda and it was eroding sales of Coca Cola to the point that Pepsi was soon to be the best selling Cola in the United States and that was a bitter pill for Coca Cola to swallow.

Coca Cola based on the success of Diet Coke and its sweeter formula, developed Project Kansas t offer a new sweeter formula of Coke. What people forget about the New Coke debacle was that the new formula was beating Pepsi and old Coke in taste tests. The problem with Coca Cola is that while blind taste tests matter, what also matters is people’s attachment to old Coke and what it represented, for many changing the formula of Coke was like changing the flag or changing the rules of baseball. It was a colossal marketing blunder that led to Coke bringing back the old formula that was called Coca Cola Classic long after new Coke was finally eliminated from their product line.

You’ll say why is this Diet Coke’s fault? If Diet Coke was simply Coca Cola without sugar, it might not have given Coca Cola the bright idea that Coke should be made sweeter based on the sweeter formula of Diet Coke. Just my two cents,