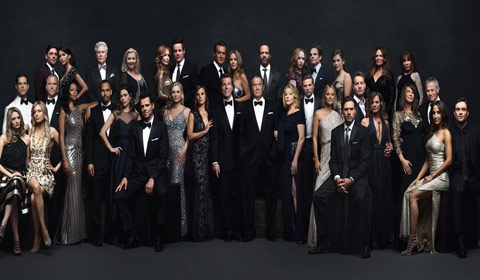 In 1970, there were 19 network daytime soap operas on the air. In 2016, they are only 4 left (General Hospital, Days of Our Lives, The Young and The Restless, and The Bold and The Beautiful). What happened in the past 46 years that helped make soap opera an endangered species? Plenty.

First off, the one income families with mom home running the household while making time watching soap operas has become an endangered species in its own right. Secondly, television is more fragmented when you add the hundreds of channels of television that doesn’t include the streaming services that compete for eyeballs for TV viewing. Thirdly, there is no longer the amount of advertising dollars out there (especially from laundry detergents that coined the soap opera moniker) to support it. Fourthly, its expensive to broadcast soap operas and reality shows and talk shows are so much cheaper to produce and air.

Even with a fragmented television audience, the reason that there are still 4 soap operas on the air is because they still get decent ratings. The reason why networks won’t be adding other shows on the air is cost. There is a tremendous cost to put a soap opera into production and the reason most fail is because of ratings. Why would a network launch a show (whether they are the producer or not) when it takes years for a show to garner an audience? The last successful launch of a soap opera was The Bold and The Beautiful and it helped that its sister series The Young and The Restless was its lead-in and rated #1. The last network soap opera launch was Passions in 1999.

It’s cheaper for the network to launch and broadcast reality shows, game shows, cooking shows, court shows, and talk shows. There’s not enough patience on the network to broadcast a soap opera that is expensive and takes years to get attention especially when it’s just cheaper to resurrect an old game show like Let’s Make A Deal.

Television is a business and it’s jut better business sense for them to air cheaper programming when the viewers are no longer there to support a soap opera.