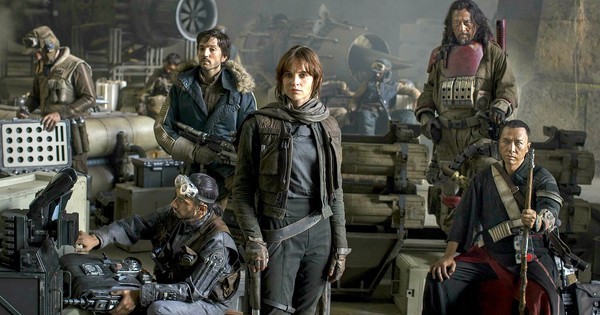 I used to say that the reason why the prequel Star Wars film weren’t as good as the first Star Wars trilogy is because our expectations were too high to try to meet since these films were so memorable for the people of my generation. I was wrong.

Rogue One like The Force Awakens show the reasons why the prequel Star Wars trilogy (The Phantom Menace, Attack of the Clones, and The Revenge of the Sith) failed to live up to the quality set forth by the original trilogy. It’s sad to say but one of the greatest things that ever happened to Star Wars fans in the past 30+ years is George Lucas selling the franchise to Disney.

After making the first trilogy, Lucas forgot what got us to love in Star Wars. When he made the prequel trilogy, he must have thought that people loved Star Wars because of the special effects. While special effects was a big draw to Star Wars, what really spoke to fans were the characters. Like everything else, it’s all about a connection business and there was a clear connection between the fans and the characters. Luke, Leia, Han, and Darth Vader were characters we wanted to follow.

The problem with the prequels is that all that Lucas seemed to care about was the digital effects, the whole blue screen of filing, and clearly fully lacking in developing characters. Anakin Skywalker’s turn into Darth Vader would have been more epic if fans actually connected with Anakin. They never did because he was written like a sniveling, petulant child and Hayden Christenson couldn’t pull off an Anakin that anyone would care about. Hayden isn’t a great actor, but Natalie Portman is an Academy Award winner and she’s insufferable as Amidala because you could care less that Vader is choking her at the end of Revenge of the Sith. Ewan McGregor saves the trilogy from Caddyshack 2 level dreck with his portrayal as Obi Wan, as well as Ian McDiarmid as Palpatine.

One of the great things that The Force Awakens and Rogue One do was to try actual location filming again. Special effects are important to Star Wars, but it’s not the only thing. You need characters to care about, otherwise it’s 2001: A Space Odyssey type boring. I care about Rey, Finn, Poe Dameron, and Jyn Erso. I think I wanted Anakin to turn into Vader 5 minutes into Attack of the Clones. While I didn’t like the idea of Disney buying George Lucas out and making more films, I was clearly wrong again as it allows other filmmakers to continuously churn out annual Star Wars films and build upon the legacy that Lucas started 40 years ago. We can thank Lucas for creating the world of Star Wars and we can thank him again for stepping aside for the next generation.