Survivor: Millennials vs. Gen X was a great show

Survivor: Millennials vs. Gen X was a great show 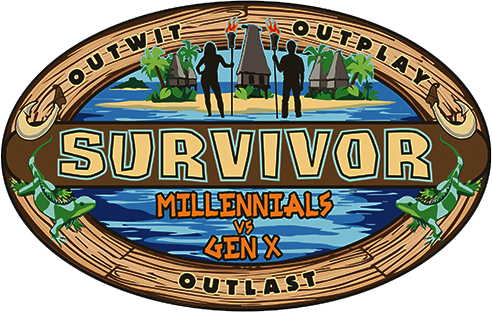 Survivor: Millennials vs. Gen X is history and when looking back on 33 seasons, it’s certainly one of the ten best. While my memory is fading on some of the seasons, it’s really simple on how I rank Survivor seasons as being the best or worst. It usually depends on whether the person who won was worthy and whether the cast was interesting or not. I always think that most seasons fail because there is a lack of connection between the cast and the viewer, so the lousy seasons is where there’s only one person you want to win and you’re so disappointed if they don’t win and you’re still disappointed even if they do win.

Survivor: Millennials vs. Gen X was a great show because out of the three finalists, you can’t argue that none of them were worthy. Usually, you’d have a final 3 and 1-2 of those finalists were only taken for the ride to the finale because they were weak players who would get no support. There was great strategies, alliance shifts, and some great players among the cast of 20. Out of the 20 participants, you didn’t have anyone who was crazy or lazy, which was the hallmark of the earlier seasons. In addition, you had players who were voted off who took it with maturity and class rather than the angry crybabies of jury members in seasons past who then used their vote to spite the person who deserved to win (Boston Rob was robbed in All Stars and Russell Hantz should have won Samoa).

Maybe the strategies of players on the show have morphed over time from tight alliances to shifting alliances/ clusters of trust, but I think the game changer has been casting stronger and more mature players rather than some nut jobs like Brandon Hantz who didn’t have the fortitude to deal with such a high stakes game.

I’m not going to spoil who won it, but it was a worthy winner with a great backstory. When the winner cried during the reunion, those were real tears because they had personal adversity that they persevered to win that $1 million prize.