An ode to Micro League Baseball

An ode to Micro League Baseball 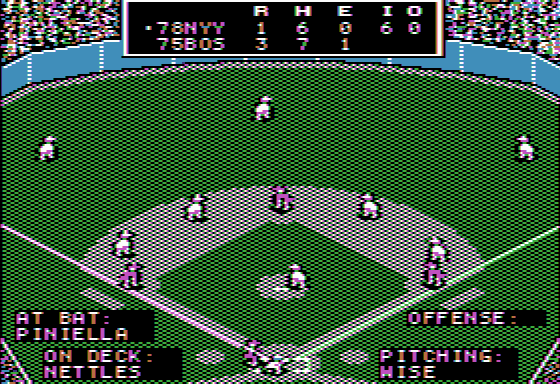 Thanks to retro mini consoles and retro commercials, there is certainly a deep love of old computer and video games. You know that by seeing Bo Jackson in Tecmo Bowl inspired car ads and the mini- NES that you can’t find in the stores no matter how hard you try.

I didn’t have an NES nor did I have a system between the death of Intellivision in 1984 and purchasing a Sega Genesis in 1992. I had an Apple IIe and my game of choice was Micro League Baseball.

Micro League Baseball was my game and I adored it. While many people like baseball video games because they want to play the actual game, I always preferred the game where you’d manage and general manage the team through trades, substitutions, bullpen call-ups, and the like. Micro League Baseball offered that. Through expansion disks, I could pick any team I’d want within reason and I could make up a team with imaginary players. I once created the 1962 Mets who started winning just because I added Dwight Gooden to the pitching staff and Frank Thomas (the Mets star, not the White Sox Hall of Famer) was hitting them out of the park.

While there are plenty of good simulation games out there today, even for the IPad, it’s never been the same or as good as Micro League Baseball.