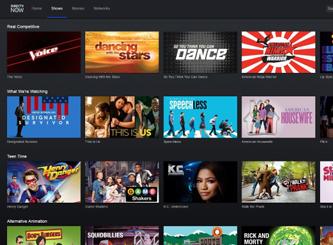 Cable television may not be dead yet, but it will sooner or later. It’s been dying for years especially when Netflix and Amazon Prime started producing must see TV without needing a Cable TV subscription.

The announcement by AT&T that they launched DirectTV Now which will offer bundled cable packages as over the box streaming services is going to be the death knell of the business. For $35 to $70 a month, a home can have two streams over dozens of cable channels such as ESPN and the other basic channel necessities.

There are limitations as CBS balked at joining the lineup because of their own streaming service and I probably wouldn’t get to see my Mets since it doesn’t appear SNY is on their package. For everyone else, this seems like the best way to finally cut the cord. Based on my cable bill and getting their $60 channel package for a lifetime limited time of $35, I’d probably save $60 a month on cable. The only surprising thing for me is that AT&T actually beat Google and Apple with the first, excellent alternative to cable TV. Not only will you be able to stream DirectTV now on the TV, you could also watch it on your IPad or other mobile device when you’re away from home.

While the cable companies will have a declining cable box service, their future bread and butter is high speed Internet which is going to be needed to watch these new streaming TV services.