My problem with watching college sports

My problem with watching college sports 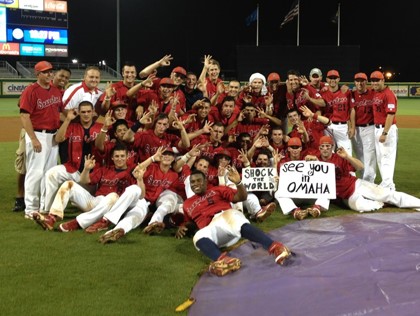 I’ve never been a big fan of college sports and probably never will.

While Stony Brook made the 2012 College World Series and March Madness this past March, it’s not an annual thing and showing up is probably the best they can do. I know there are quite a few people that support teams like Alabama, UCLA, Ohio State, and North Carolina, I can’t support a team I never went to and I doubt I’ll be such a great fan of the schools that my kids will go to because while my money will go there, I didn’t.

I’m a loyal guy to Stony Brook, so I feel like I’d be cheating on them if I supported the Tar Heels of North Carolina or Kentucky or Duke. Also, it’s hard to support colleges and universities I’ve never been to. I always think who you root for has to have some sort of reason like geography or history and it’s hard to root for teams where I have no identity with, its like trying to find a team to support in the Bundesliga.

Aside from the College Football National Championship and the NCAA Basketball Tournament Final, I’m just not watching only if one of my colleges is playing. Needless to say, I’m not watching much.