What Makes A Great Bagel is Not The Water

What Makes A Great Bagel is Not The Water 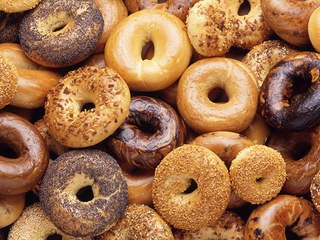 There are so many old wives tales that drive me nuts because there is absolutely nothing true to the take. Cracking your knuckles wont give you arthritis and going out in the cold with wet hair or without a jacket won’t get you sick. Where I come from, we call that a bubbameister.

When it comes to food, I think the biggest bubbameister is that what makes bagels so good is the water from Brooklyn or New York City. It’s absolute nonsense.

People claim that it’s the water because of the unique chemistry of New York City tap water. They claim that the uniquely superb texture of the New York bagel has to do with New York City’s water — specifically, its low concentrations of calcium and magnesium, which make it softer. So there are bagel place outside of New York that either bring in water from New York or claim to filter their water to get it to the composition of New York City tap water. The bubbameister is so big, that there is an actual chain of bagel stores in Florida and Massachusetts called Brooklyn Water Bagel.

What makes a good bagel is its chewiness and what makes an awful bagel is that it’s really no different than bread. My son loves bagels and there is nothing more disappointing to him when we’re at a hotel and the bagel essentially tastes like bread with a whole in it.

What makes bagels good is when they’re boiled. They need to be boiled before they’re bake and bagels from outside New York tend to cheat that rule. Instead of boiling the bagels, they steam it. They actually inject steam when it’s baking in the oven. It takes less time and is probably cheaper, but that’s why it doesn’t get the chewiness that a good bagel really needs.

So next time you’re in a bagel store outside the New York metropolitan area, just find out whether they boil their bagels instead of steaming because the difference isn’t their water.