Jimmy Snuka Dead and why I can’t say R.I.P.

Jimmy Snuka Dead and why I can’t say R.I.P. 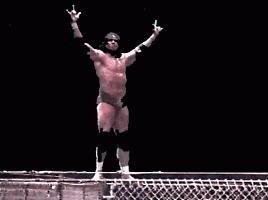 When I started watching pro wrestling in 1983, the country was divided among regional promotions and since I live in the northeast, it was the World Wrestling Federation (now WWE). While the champion was Bob Backlund, the most exciting and popular wrestler was a man known as Jimmy “Superfly” Snuka.

Snuka was electrifying and his finishing move was the “Superfly” leap off the top rope on to his opponent. He reached wrestling immortality after successfully doing the Superfly leap off the top of the cage in Madison Square Garden after losing the cage match against nemesis Intercontinental Champion Magnificent Muraco. Snuka also had a legendary feud with Roddy Piper in 1984 after Piper smacked a coconut in Snuka’s face on the set of Piper’s Pit.

When wrestling went into a boom period beginning and after Wrestlemania in 1985, Snuka was gone from the WWE and only came back in 1989. There were rumors of cocaine use and that he killed his girlfriend that the WWE covered up. Thanks to the news on the Internet, we would later know that Snuka’s girlfriend died in May 1983. Nancy Argentino died of traumatic brain injury and had scrapes, cuts, and bruises that indicated mate abuse. Snuka was the only suspect and he was not charged with any crime associated with her death until 2015. The family of Nancy Argentino won a wrongful death lawsuit with a default judgment of $500,000 that Snuka never paid or contested. Snuka’s story about Nancy’s death changed over the years and his autobiography a few years back helped re-open the investigation of her death which led to Snuka’s indictment.

Snuka never stood trial for Nancy Argentino’s death because the Judge ruled that he was incompetent to stand trial because of dementia that Snuka might have had and his stomach cancer diagnosis. Less than 2 weeks after the judge’s ruling, Snuka was dead.

While I loved Jimmy Snuka the performer, I can’t forget that he likely had something to do with the death of his girlfriend. I don’t need to have gone to law school to know that people are innocent until proven guilty, Snuka was able to bow out of that judgment. Having read a book on the matter, I can’t mourn the death of someone who likely killed his girlfriend in a cocaine binged haze. I can’t divorce his activity in the ring from his activity outside the ring.