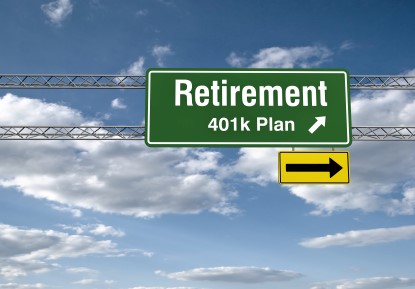 I’ve seen the articles that pop up about how 401(k) plans are somehow to blame for the lack of retirement savings or their replacement of defined benefit plans as the savings vehicle for private employers. I don’t like to blame inanimate objects and I won’t blame 401(k) plans for what people do.

401(k) plans popped up when a man named Ted Benna used his interpretation of the 1978 Internal Revenue Code to create a 401(k) plan for his employer. The idea was that this cash or deferred arrangement would have employees defer income on top of their pension plan. Ted didn’t think at the time that 401(k) plans would grow to the point that they would be the savings vehicle of choice for employers. 401(k) plan popularity exploded in the late 1990’s thanks to a booming stock market and technology that made it easy for participants to direct their own investments with the intent of eliminating the liability for investment losses for the employer.

People blame the 401(k) plans for the death of defined benefit plans. I think that’s nonsense. I think they were going to be phased out eventually because employers were tired of paying for the retirement benefits of their employees. People don’t want to mention this, but one of the biggest problems that defined benefit plans and Social Security have is that people live longer now. No one wants to mention it, but one of the biggest problems it has was that when it was created to provide benefits for retirement at age 65 in the 1930s, the life expectancy was 64. The same can be said for defined benefit plans. You tie an employer benefit tied to age 65 and people work past 65, that’s a problem. The problems with funding defined benefit plans, especially when in times of down markets and the problems with people working and living past 65 are problems that exist whether 401(k) plans were there or not.

Employers would have phased out defined benefit plans whether 401(k) plans existed or not because of the cost. Cost of employees is always a consideration and providing health benefits would be a problem if 401(k) plans didn’t. You can’t blame 401(k) plans for the inevitable cutback in employee benefits; especially defined benefit plans. Employers would have found a way to shift funding retirement benefits to the employees to the point where they might not have offered any type of plan if something like the 401(k) plan didn’t exist. Maybe they would have shifted to a money purchase plan, but that requires a set contribution every year.

The 401(k) plan isn’t perfect, it’s one of the reasons I still have a job. However, blaming it for the death of pensions is silly. Pensions would have died anyway, thanks to cost.