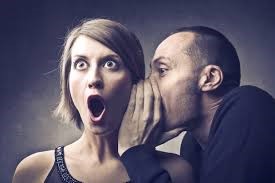 A few weeks back a broker told me that he heard that the fiduciary rule was going to be killed because a fellow broker was jumping up and down. I said it was news to me and the broker jumping up and down did it because he heard that a Congressman introduced legislation to kill the rule. Of course, a bill isn’t a law. Even School House Rock taught me that before law school.

So a well respected news website purported a rumor as some sort of fact. A well regarded ERISA attorney with more inside connections and clients that I have claimed that the fiduciary rule will be delayed through a stay of proceeding by the Department of Labor (DOL) in a court case concerning the fiduciary rule in Texas. Will see if this rumor pans out and the Trump administration gets their way in delaying the rule even if we don’t know whether killing or delaying the rule is a priority. I just find it odd that anyone would report this rumor as some sort of fait accompli. I’m not saying that this won’t happen and the DOL won’t get delayed, but I’m a fan of definite things and I’ll believe this stay when it happens.

As far as delaying or killing the rule, I agree with this ERISA attorney that any celebration of killing the rule is going to be misguided because I believe that this rule is the best deal that brokers could get for themselves. Suppose the rule is killed, who is to say when a Democrat gets back in the White House, that they won’t propose a fiduciary rule that is going to be more restrictive for brokers to work in the retirement plan space?

A new fiduciary rule is inevitable. It’s likely to happen this April, but if not, it may happen 4-8 years down the line and the evil you know (the new rule) is better than the evil you don’t know (a new rule implemented later down the line).

So until the rule is delayed or killed, don’t trade on rumor.