What Were They Thinking #2?: The WBF

What Were They Thinking #2?: The WBF 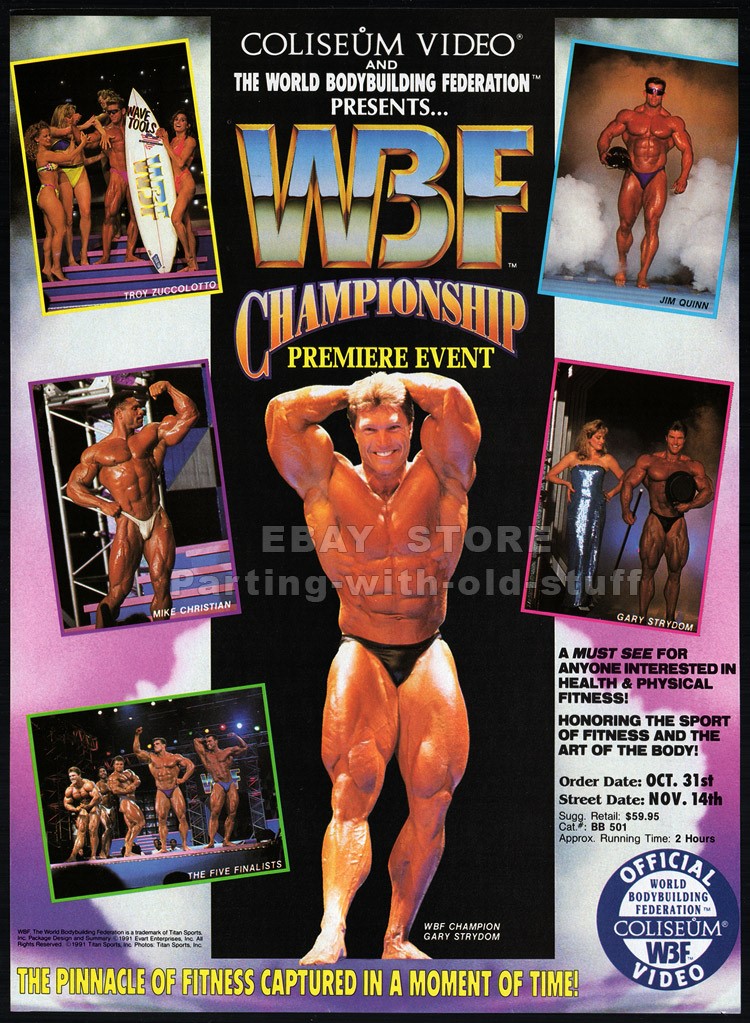 If you’re the World Wrestling Federation (WWF, now the WWE) and you’re getting the heat over steroids to the point where you tell yours wrestlers to avoid a specific doctor who ends up getting arrested for steroid distribution, would you set up a bodybuilding organization? I mean, bodybuilding is synonymous with steroids especially in the 1980’s and early 90’s.

Vince McMahon is a fan of bodybuilding and was a user of steroids, so he wanted to create a competitor to the International Federation of Bodybuilders (IFBB). In typical Vince fashion, he started a bodybuilding magazine and claimed he wasn’t starting a bodybuilding organization. Of course, he lied and announced the creation of the World Bodybuilding Federation (WBF) at an IFBB event.

The heat on the WWE with steroids was growing especially when the doctor they told their wrestlers to avoid, Dr. George Zahorian was indicted and convicted of steroid distribution to many WWE stars like Hulk Hogan, Roddy Piper, and even Vince McMahon himself. If you think you’re under governmental investigation for steroids, would you start a business at the time that’s synonymous with steroids?

Vince signed 13 of the IFBB’s stars and was going to have a pay-per-view. One of the biggest mistakes that Vince does with anything he does outside of the WWE (like the XFL) is that he uses the wrestling to promote and influence the outside venture and so many people hate wrestling that they won’t have anything to do with anything that is linked to the WWE.

I haven’t seen any IFBB events, but I did watch the WBF pay-per-views and I assume IFBB events lack the gimmicks and just have a competition. The WBF events tried to develop gimmicks for their competitors when they claimed they wouldn’t. Also having Bobby Heenan and Vince McMahon as co-hosts of the event with Regis Philbin was probably a mistake for anyone interested in bodybuilding who has no interest in wrestling. I’ll be honest; I’d rather watch paint dry than watching a WBF pay-per-view.

After 2 pay-per-views with disappointing buy rates, Vince pulled the plug and killed the WBF. Not long after, Vince McMahon was indicted for steroid distribution. He was later found not guilty in a 1994 federal trial.