Don’t speak badly about your team

Don’t speak badly about your team 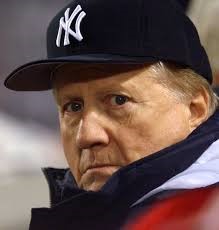 One thing that I’ve always been sensitive about is not talking badly about people that are either friends or dear relatives or business partners. I treat people the way I want to treat people and most of the time, it works out.

I’m pretty opinionated about things, but for my friends, close family members, and business partners, I don’t speak badly about them to others. I may not always agree with them, but I would never publicly criticize them, especially to people who aren’t on the same level in relationship with the people I’d criticize.

As an employer, there is nothing wrong with criticizing your employees to their face. It’s not cool to criticize your employee behind their back to clients or other employees. I was an employee once or twice or a few more times and I didn’t appreciate hearing from someone else about how the boss suggested I jumped the shark when I had kids. It’s not good for your employee’s psyche, morale, or desire to remain at your practice if they hear from others how badly you think of them.

The same can be said of business partners. If you’re a third party administrator and you get a ton of referrals from a certain advisor, the last thing you should do is criticize that advisor to others especially people who don’t bring you business.

My wife and I were very close to someone who would criticize her other friends and these friends were people we knew. She’d criticize someone who I might not have been a fan of, except the person she criticized, loaned her money. I’m a firm believer that I don’t bite the hand that feeds. I also felt if this woman criticizes her friends to other her other friends, then she’d probably criticized us to others. I jut don’t think it’s cool to criticize with people you’ve decided to engage with. Your life isn’t the 1970’s Yankees and you’re no George Steinbrenner. Scolding people to others isn’t going to motivate anyone. It just shows you to be untrustworthy and you’re in a business where trust is a pretty big thing.

If you’re unhappy with someone, tell them to their face. If you’re business partner isn’t drawing you the business you were promised, tell them. Your employee isn’t working to the level they’re supposed, let them know. Deriding them to someone else isn’t going to lead to anything positive.