What Were They Thinking #3?: Killing off Bobby Ewing

What Were They Thinking #3?: Killing off Bobby Ewing 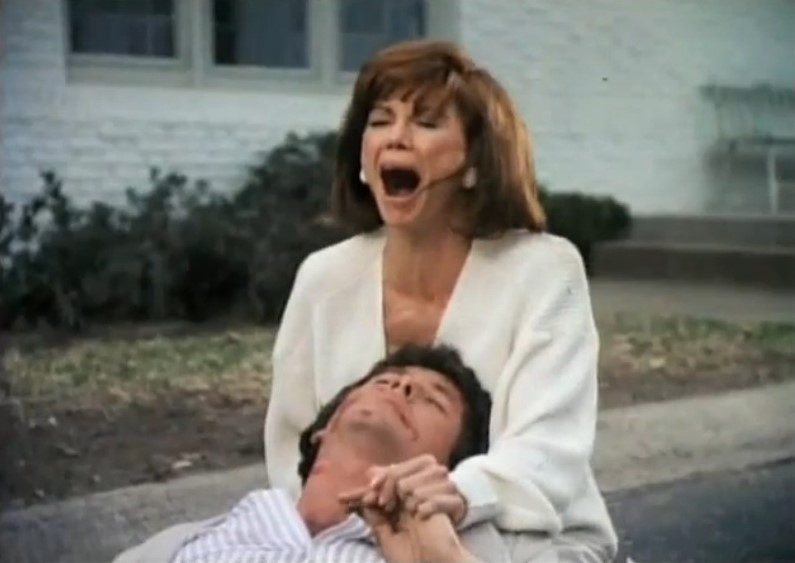 If you ask me for my favorite movie of all-time, it’s always Airplane! since I’ve been 9. If you ask me for my favorite TV show, it’s been Dallas since age 12. I was hooked when I first was trying to see who shot Bobby Ewing and then was able to catch up on who shot JR. and everything went on before, thanks to the early episodes being syndicated at the same time on WWOR-9. It was pretty much my TV addiction for the next 7 years until the show ended on my 19th birthday, May 3, 1991. I also watched the various reunion movies and then the rebooted continuation series that was cancelled a couple of year ago on TNT.

Besides shooting J.R., Dallas is remembered for the “dream season” where Pam dreamed up the 1985-1986 season where Bobby dies. Bobby dies, saving Pam after just proposing re-marriage from a car driven by Katherine Wentworth who was Pam’s half-sister and wanted Bobby for herself that she actually shot him in that season cliffhanger that had me hooked. The dream season explanation as to why Bobby appears in Pam’s shower a year later after his “death” is often derided, but it was the best explanation for the reason that Bobby was alive. The evil twin angle or the idea that somehow Bobby “miraculously” survived after he died onscreen wasn’t that plausible (even though Young and the Restless did that with Phillip Chancellor III a few years back after being “dead” for 20 years). So while everyone jokes about the “dream season” explanation after the 1985-1986 season cliffhanger, the fact is that is was the best idea to justify bringing Bobby back. One thing people don’t ask and what I’m going to criticize is why did they kill him off in the first place?

Patrick Duffy was tired of playing second fiddle on the show and thought he wanted more in his career than just being Bobby Ewing. So he decided to leave the show at the end of the 1984-1985 season and the producers decided to kill him off. The problem was that Bobby was one of the major linchpins of the show. Part of the drama was the good brother Bobby trying to deal with the evil brother, J.R. Once he was dead, who was J.R. going to fight with at Ewing Oil. The great hope that it was going to be Pam who J.R. absolutely hated since the day Bobby married her off-screen in the first episode of the show because she was the daughter of Digger Barnes who was J.R.’s father’s former business partner and adversary who claimed the Ewings ripped him off. They made Pam a partner of Ewing Oil by her being the administrator of the shares that Bobby left for their son. The problem is that show wasn’t a great show for women because of the writing and the drama between Pam and J.R. kind of fizzled to the point near the end of the season that Pam sells Christopher’s shares to J.R. Another problem with that entire “dream season” is that it was clear that everyone including the producers and writers of the show were mourning Bobby because they were constantly bringing it up and even trying to launch cousin Jack Ewing as a replacement fizzled.

The show should have prepared that Patrick Duffy might return the show or recast like Dynasty did with Fallon and Steven Carrington. That means that any death or removal of Bobby from Southfork could have been open ended to avoid the dead end they had to deal with by having Bobby die onscreen. Having Bobby die in a plane crash or any other way where a body isn’t found (like his father Jock dying in a helicopter crash when his portrayer, Jim Davis died, was the best way to go. Perhaps it was Patrick Duffy and Larry Hagman that wanted the sendoff death of Bobby, but like with the death of Spock in Star Trek II after Leonard Nimoy wanted out of playing him, they should have found a device to leave the chance that Bobby does come back.

Of course, Patrick Duffy has a hard time in acting after leaving the show and Larry Hagman who was one of his best friends and one of the heavyweights behind the show was able to get Lorimar enough money to bring him back. While many state that the show survived another 5 years after the dream scene, it took a lot of air out of the show. They should have never killed off Bobby because it created a situation so hard to get out of, the show suffered.