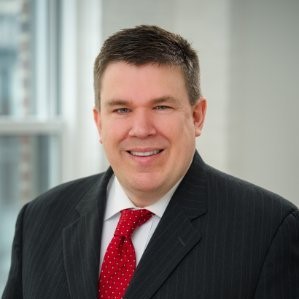 Retirement plan providers need to stand out to get notice and one retirement provider through one of their top stars, Mike Webb, is doing that and they are one of the growing leaders in the ERISA 403(b) space.

Q: When did you start in the retirement plan business?

A:  have been with Cammack Retirement for my entire working career.

A: Back in 1991, I answered an ad in the NY Times for a position at Cammack. It wasn’t in my chosen field (I wanted a position with a media company), but I had recently received my Master’s and was eager to start working. I thought I would be there for six months until something in my chosen field opened up – but 25 years later, I am still with Cammack!

A: Mainly due to the nondiscrimination testing rules that apply to non-governmental 401(k) plans. Most 403(b) plans simply do no have the participation rates to satisfy ADP testing, for example.  403(b) plans have never required such testing. Of course, there are safe harbors to avoid such 401(k) testing, but many nonprofits cannot afford the expense of a safe harbor formula. There are other reasons for not replacing a 403(b) with a 401(k) – for example, the less than clear guidance regarding 403(b) plan termination – but testing is the main barrier.

A: Well, the issue with most public school district plans is that they have simply not evolved with the rest of the 403(b) plan marketplace, resulting in less than desirable retirement savings options for many teachers.  This is probably the most significant issue facing the non-ERISA marketplace.  At the opposite end of the spectrum, most non-ERISA church and public higher education 403(b) plans  are extremely well administered, so I don’t believe removing the ERISA exemption for all plans is the answer. However, I would love to see the end of the DOL safe harbor for elective deferral-only plans of private tax exempts, as such plans are a compliance minefield.

Q: How has fee disclosure affected the 403(b) marketplace? Somewhat dramatically, from a plan sponsor perspective.

A: In the last 5 years, there has been a fairly rapid “race-to-the-bottom” in terms of recordkeeper pricing, no doubt due to the fact that plan sponsors are now fully cognizant of precisely what they are paying. Of course, there is fallout from such price cuts, including recordkeeper consolidation and layoffs, which no doubt will have an impact on service. But, in my 25 years at Cammack Retirement, 403(b) fees have never been lower.

Q: How do you think the fiduciary rule will impact the 403(b) space?

A: Assuming it survives, I think it will likely mean the end of the traditional broker-dealer in the 403(b) marketplace, with the exception of K-12, due to the lack of evolution in that market. Even prior to the rule, due to enhanced fee disclosure and other factors, broker-dealers have been on the decline, either adding an RIA arm to service the 403(b) business, or exiting the market entirely. The fiduciary rule, which would add many levels of administration and expense to the broker-dealer servicing model, would seemingly be the final nail in the coffin.

Q: How did you get to write the Ask the Expert column for plansponsor.com?

A: I had written frequently for PLANSPONSOR and other publications and I believe the PLANSPONSOR folks were looking for someone with the capacity to assist with the rigors of a weekly column on 403(b) issues. The rest, shall we say, is history.

Q: What is the Top of the Mind Blog and where can people find it?

A: After three years in the making, the Top of Mind blog was launched in 2015 as an alternative to traditional retirement plan blogs. Our goal is cover retirement topics in a more reader-friendly approach; similar to how I would talk with a friend about a more casual subject, such as sports. People seem to be paying attention, so hopefully, we are hitting the mark with respect to our objective. You can see for yourself here.

A: I think that the biggest 403(b) plan issue about which advisors are unfamiliar is the prevalence of individual annuity contract/custodial agreements instead of trusts.  These can often make transactions that are routine in 401(k) plan, such as mapping investments, quite challenging in 403(b) plans.

Q: Where can plan sponsors and providers learn more about Cammack?