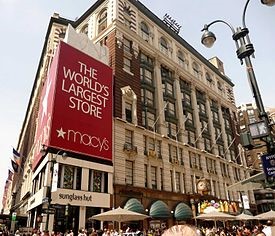 With the problems affecting Sears, Macys, and Neiman-Marcus with poor sales and store closings, it’s time to understand that the department store as a retail concept has been slowly dying for the last 70 years and will eventually go the way of another concept that once thrived and died: the catalog showrooms of Service Merchandise and Consumer Distributors.

Department stores thrived in an area when there were no discount stores because laws prevented discounting and it was one place shopping for clothes, home goods, furniture, and appliances. Eventually discounting was allowed and places like Wal-Mart, Kmart, and Target thrived and took a lot of business from department of stores. Department stores also faced competition from national chains like Bed Bath and Beyond, Kohls, Best Buy, Ann Taylor, Gap, Marshalls, plus membership big box stores like Costco, and a whole host of other stores that are still eating away at the department store model.

Sears is a perfect example of the decline. It was the national department store when department stores were regional and through their catalog, were able to be the one stop shop for rural America. Sears has been in a decline for years, thanks to silly forays into businesses like Dean Witter and selling off businesses like Lands End and now Crafstman, as well as Eddie Lampert not giving a nickel to keep up the stores. As we get older, Sears is getting smaller and a liquidation is inevitable, which is a shame.

Could department stores change with the times? I think with their customer base, that’s hard . JC Penney tried to change their pricing strategy that failed so abysmally, the business has yet to recover and likely never will.