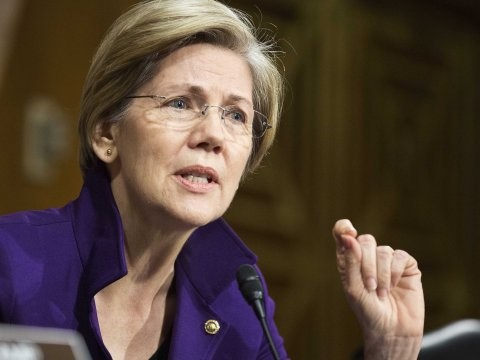 With many hoping that President Donald Trump especially some of the larger 401(k) players in the marketplace, so some of them got to hear from Senator Elizabeth Warren.

33 financial firms were asked by Sen. Warren, D-Mass., on whether they support efforts to delay or roll back the Department of Labor’s fiduciary rule. Senator Warren said that the letter was sent because of reports that Trump will seek to delay the rule before it goes into effect in April.

Is Warren trying to intimidate these firms such as Mass Mutual, Schwab, and Morgan Stanley into saying they support the rule? Maybe, some people have suggested that this is something out of The Godfather. Just like The Godfather, it’s not personal it’s business. I just think it’s a gimmick by Warren to apply pressure on these big time 401(k) players because she has absolutely no pull with her being in the Senate minority and being an outspoken Trump critic.

I will say that Warren will remember the answers she’s given because she might be in the Senate majority in tow years and she could be President in less than 4 years. If I’m against the fiduciary rule now, I might think that fighting the rule now might get a more restrictive fiduciary rule later if my side wins and I’d hate to win if that means I might have to face a more powerful Elizabeth Warren later.