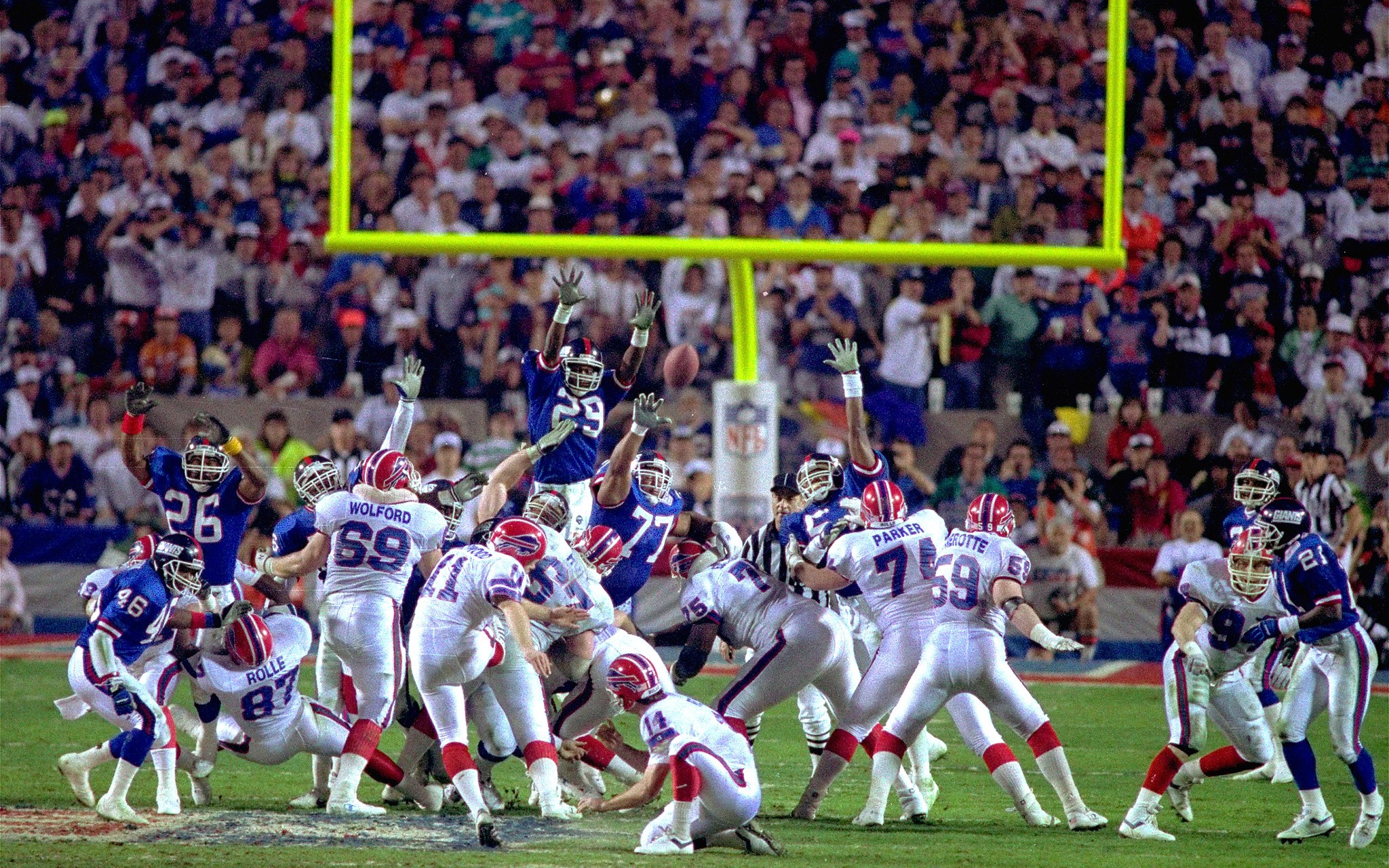 This will be the 51st edition of the Super Bowl and I’ve had the luxury of seeing about the last 38 games. When I was a kid, most of them were absolute blowouts and classics were few and far between.

As a New York Giants fan, I’ve had the luxury of seeing my team win 4 Super Bowls and I’ll forget about that disaster against the Baltimore Ravens where the only good memory was Aerosmith performing at half time. So while many Giants would select Super Bowl XXI as their favorite because it was the first Giants championship in decades or the two upsets of the New England Patriots in XLII and XLVI, my favorite is the Super Bowl XXV game against the Buffalo Bills. Then again, my favorite Rocky movie is Rocky II and my favorite Star Wars movie is Return of the Jedi, so I’m a contrarian.

Why does the win against the Bills stand out? Lots of reasons. While the Giants were the team to beat when they beat the Denver Broncos in Super Bowl XXI, the Giants limped into the game against the Bills. They upset the San Francisco 49ers who were trying for a three-peat having won Super Bowls XXIII and XXIV. The Giants won that NFC Championship Games 15-13 on a last second Matt Bahr field goal and they couldn’t find the end zone all game. Even though they knocked out Joe Montana at the end of the game by a vicious Leonard Marshall hit, they only were able to muster a final drive as Lawrence Taylor mugged Roger Craig of the ball with minutes remaining in the game.

While the Giants had a great season, Phil Simms was already lost for the season in their regular season game, so they were using Jeff Hostetler who had spent most of his career as the third string quarterback. Their top running back was Ottis Anderson who only got his starting position back when rookie Rodney Hampton broke his leg. The Bills already beat the Giants in the regular season and they were the best team during the regular season with their no-huddle offense baffling defenses throughout the league.

Unlike most Super Bowls, there was only a one-week break between the conference championship games and the Super Bowl and the game was played 10 days after the Gulf War started. So there was already lots of drama surrounding the game. In terms of possession, the Giants controlled the game as they held the ball for over 40 of the 60 minutes paying old-fashioned Giants smash-mouth football. The Bills were quicker with precision passing but the Giants offense kept them off the field. Up by only one point towards the end, the Giants failed to keep the Bills out of their side of the field.

The Bills attempted a 47-yard field goal and what people forget is how inaccurate Scott Norwood was as a field goal kicker. He failed to hit any field goal over 50 yards that season, so 47 yards was at the end of his range when kickers of today could hit that easily, especially in nice weather which they had at Tampa Stadium. As you know, Norwood misses the field goal so badly, that it’s remembered as wide-right. The game for Giants fans was a gift because a Super Bowl victory wasn’t expected that season and it was Bill Parcells’ swan song as coach as he retired a few months later ushering in Ray Handley as coach which was the beginning of the end of the Phil Simms-Lawrence Taylor era of the New York Giants which was the era that brought back winning football after almost two decades of futility.