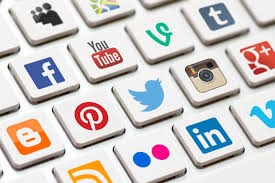 I’m a big fan of social media because I’ve seen the magic in works in being an essential component of building my law practice. What social media means for me was starting a conversation with my content. It built my name recognition, started some great business relationships, and eventually got me clients.

So I was rather perplexed by what an organization was claiming in their materials. They said that unlike the competition that pays for ads and use social media, they relied on word of mouth to build membership. It was a rather dumb thing to say.

Positive word of mouth is the best form of advertising, but that doesn’t mean you should rely on that exclusively. Word of mouth is just one channel you can use to build your practice as a retirement plan provider. Social media is another channel. Networking is another. Advertising in publications or on the web is another. You should never rely on just one channel to build a practice and good worth of mouth isn’t mutually exclusive of social media or any other channel used to build your practice.